Breaking News
Home / WWE / Nikki Bella On Breakup With John Cena, Sex Story That Was Taken Out of Her Book

Nikki Bella On Breakup With John Cena, Sex Story That Was Taken Out of Her Book 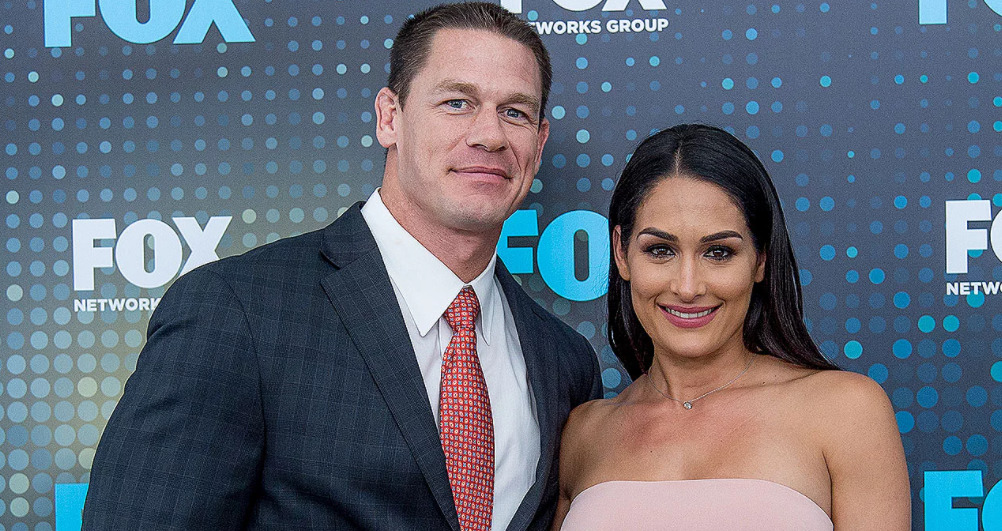 WWE Hall of Famers, The Bella Twins recently were guests on “Better Together with Maria Menounos.” While discussing the new book, Nikki Bella talked about her breakup with WWE Superstar John Cena. She basically said that she didn’t want to “force” Cena to have kids, since he didn’t want to. Nikki also tells a sex story that was removed from her book.

Nikki Bella on why her relationship with John Cena fell apart:

“With John, though, it wasn’t even like there was anything bad written. So, that like — to me, I know when people hear that side, it was more beautiful things that were like taken out or a few struggling things, but like my own inner struggle because, I do have to say, overall, we did have such an incredible relationship. It was just two people who wanted two different lives but were trying so hard to make it one. Even in the end, when he was willing to give me kids, I could just tell, it’s not what he wanted. And that’s really what pushed me in the end, it’s like, ‘I’m gonna force someone to be a father?’ What if — I’ll never forget. I think it was my life coach who said, ‘What if he looks at you down the road and just regrets everything? And you just have this child and you’ve built this life. Is that what you want?’ And I remember thinking like, ‘It’s not what I want.’ I don’t want to force someone to change if that’s what they don’t want to do. I want someone to like come to me and be like, ‘I want to have a kid with you. I can’t wait.’ Like, even now being with Artem [Chigvintsev], how he looks at me, knowing that I’m like bringing this child in the world and we’re growing a family, like you crave that from someone. And I was pushing it on someone.”

Nikki Bella on a sex story about John Cena that was taken out of her book:

“It was just those moments, but I remember I was just shocked with certain beautiful things that were taken out [of the book], and I was like — there was one sex story that I understood, which is great for him. So that’s why it’s kind of like, ‘Don’t you want high fives on that?’ But I get it. … We were wild, and he’s strong. So, it was a great story, but it was like, he was so private, and I came into his life and he opened it up. And that’s what always like made me feel bad was like, I’m not that person. It’s the same with Artem. Like, I’ll just say stuff to Brie in front of him, and he’s like, ‘Did you just say that?’ ‘I don’t have a filter. I don’t know what to tell you. You don’t want me any other way. I’ll explode.’ But WWE was funny. There was a few stories that they took out, out of protection, but…”

Previous Dark Side of the Ring (Bonus Clip) – Some of Owen Hart’s Notorious Ribs And Practical Jokes
Next Bully Ray On Meeting With Vince McMahon About Bully Ray Character to WWE, Why Vince Didn’t Want to Use It