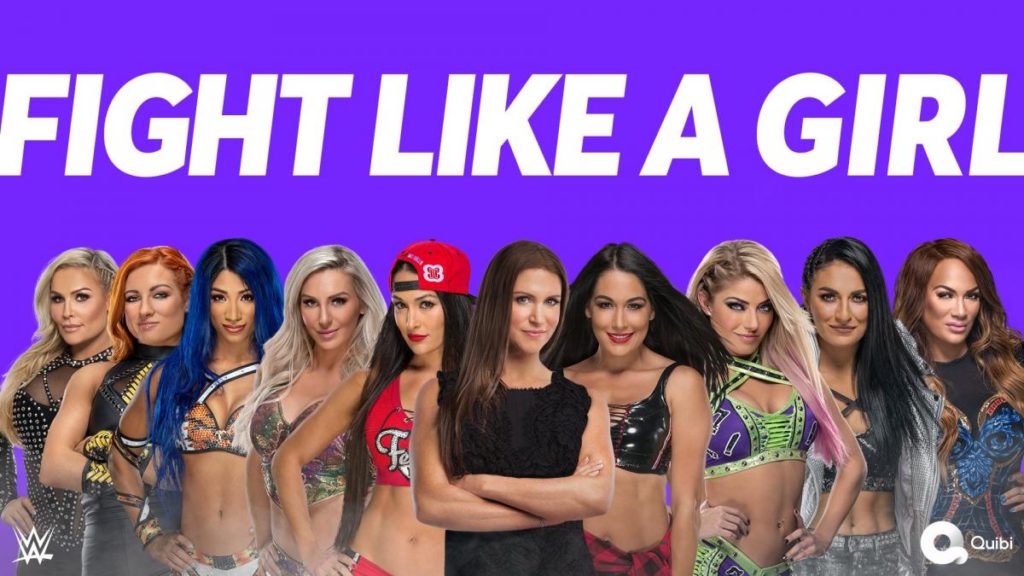 A new trailer for Fight Like A Girl, a new show that will air on Quibi and will be part of WWE’s Unscripted series has been released online. You can watch the trailer below.

The show will feature many WWE Superstars, including Nia Jax, Natalya, The Bella Twins, Charlotte Flair, Sonya Deville, Alexa Bliss, Sasha Banks, and Becky Lynch. Each of them will be paired up with another young woman, as they overcome personal issues, overcome obstacles and grow into healthier, tougher and stronger versions of themselves.

Fight like a Girl is scheduled to launch on Monday, April 13.

Official Synopsis, and trailer below.

In each episode of Fight Like a Girl, Stephanie McMahon pairs a WWE Superstar with a young woman struggling with a personal issue that has been holding her back. The WWE Superstars draw from their own life experiences to help their trainees overcome obstacles and become tougher, stronger and healthier versions of their former selves inside and out.