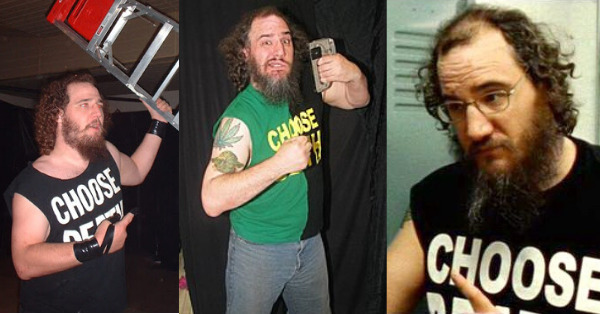 Former ROH wrestler and Harcore Legend Necro Butcher, who’s real name is Dylan Summers has announced that he is battling cancer. On his Facebook page he stated that he was diagnosed with stage 3 Hodgkin’s Lymphoma.

Butcher is expected to have 6-8 cycles of chemotherapy. 75-90% of the people who get diagnosed and treated with this disease survive for over 5 years.

Necro Butcher is best known for his hardcore style and deathmatches in his time in CZW, ROH, and Japan. He also had a role on 2008 Darren Aronofsky’s film The Wrestler, where he played himself.

“Finally got that elusive diagnosis, stage 3 Hodgkins, it was taking forever, multiple biopsies and procedures, I might be that happiest guy ever to hear he has cancer.”