MVP On Wanting to Create A New Stable in WWE, New Talent That Impresses Him, Apollo Crews 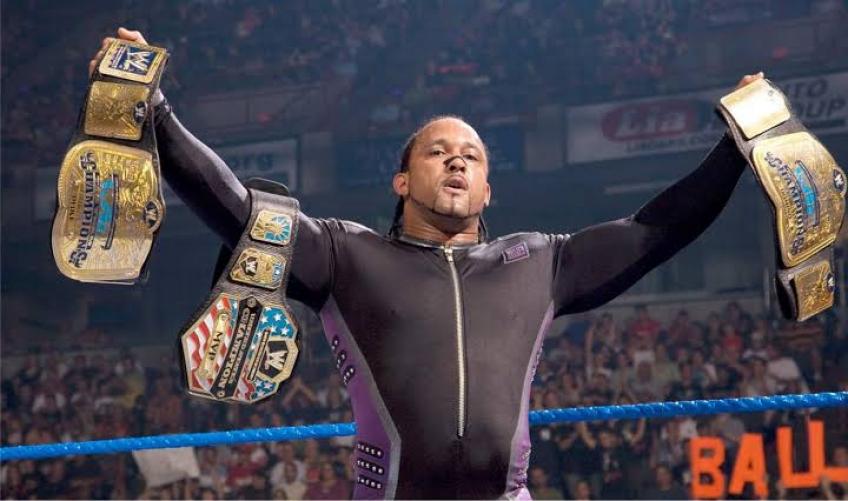 WWE Superstar MVP recently did an interview with talkSPORT, where he talks about wanting to create a new stable in WWE, Apollo Crews still lacking the killer instinct, and which new talent currently in WWE impresses him.

MVP on wanting to create a new stable in WWE:

“Absolutely. It’s something I’ve been discussing and let’s see how things go… let’s just say there’s method to my madness! I think everyone will be pleasantly surprised if I can take this… just watch me work! I’ll leave it at that – watch me work.”

MVP on which new talent in WWE impresses him:

“I’m blown away by the Street Profits. Those guys are just phenomenal talents. The Viking Raiders, I finally got a chance to work with them a little while back in a tag match and before I got a chance to work with them, I was just impressed by their work. Phenomenal. Aleister Black is another guy that has impressed me a great deal in the ring and out of the ring and behind the scenes.”

“Lashley has the killer instinct, though. And a viciousness that Apollo hasn’t tapped into yet. Apollo is an amazing competitor and his athleticism is phenomenal, second to none. But, that killer instinct is missing. Yes, both are really nice guys [outside of the ring], but you’ve seen Lashley when he’s upset and we haven’t seen that from Apollo yet and that’s good for me! If I can get Apollo to come around and see things from my perspective then I can tap into that and it won’t be good for everyone else.”