MVP On Developing His Character, Basing It On Pro Athletes 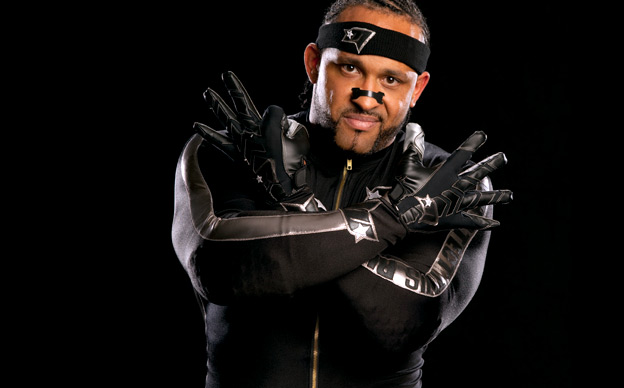 WWE Superstar MVP recently did an interview with Swerve City Podcast, where he discussed how he developed his character and how it is heavily influenced by pro athletes at that time. At one point Wikipedia said that the character was taken directly from Rod Tidwell which MVP denies, and points out how it was actually centered on the idea of pompous pro athletes who had bigger egos than their talent.

Check out the highlights and watch the full video below:

On claims that MVP was directly based on Rod Tidwell:

“The inspiration for the actual MVP character — sometimes I see people refer to Wikipedia. Wikipedia’s wrong, it’s always wrong … Wikipedia listed something about that MVP was based on Rod Tidwell. But that’s not true. Rod Tidwell is pretty much what MVP was.”

On how he came up with the character:

“All I did was look at the environment and, I had a tryout. I had a couple tryouts with WWE. And Johnny Ace told me, ‘We like you, we don’t have anything for you. Come up with something that we don’t already have that you can do.’ And I used to work on South Beach. And I used to do bodyguard work and I used to bounce. And I would see these pro athletes come to the club like the world owed them something. And man, I remember. I saw Shaq, I saw Dr. J, I saw Barry Sanders. I saw first-ballot, true definition legendary Hall of Famers. Nice, humble, cordial, respectful. And then you see like the Dolphins’ third-round draft pick shows up with an entourage. Like, ‘What you mean, I can’t get in with shorts.’ I’m like, ‘Who are you, man? No, you can’t get in with shorts, get out of here.’

“But you know, with the rise of SportsCenter, you had all of these pro athletes that every week, you’d turn on SportsCenter there’s some pro athlete saying or doing something stupid. LIke, I remember I actually did a promo one time at Deep South, developmental, where I borrowed from Allen Iverson. Like, ‘Practice? Are we really talking about practice?’ So I took inspiration from everything that was wrong with pro sports, all the pompous, self-absorbed athletes, and I rolled that into one character, and I presented it to ’em. And they went, ‘We like that. Let’s do some business.’ And that’s what inspired MVP.”