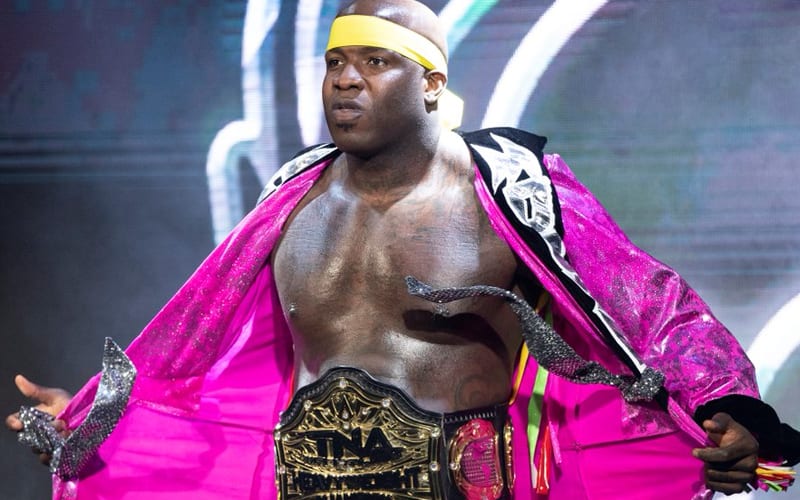 Impact Wrestling Star Moose recently did an interview with The Mirror where he discussed which classic TNA names he would want to brought in, possible unification match with Impact World Champion, and his thoughts on Tessa Blanchard.

Moose on classic TNA names he wants to see brought in:

“There are definitely a couple of guys. I know Eric Young got released so he is highly sought after. EC3 is another TNA guy and a good friend of mine. Those two guys right now are definitely on the list of guys I hope we are able to bring in.”

Moose on a unification match with Impact World Champion:

“I would think at some point we are gonna get to that storyline, that’s what I would think. Just from me being a fan, every time I see a double champion, there is always a match to unify both championships. I would think it’s where it would go, but I don’t really know, we will have to wait for time to tell.”

Moose on thoughts on Tessa Blanchard:

“I think she is a phenomenal wrestler, she is the total package. I feel that the match with Sami was something Impact management did to get buzz and it definitely did that. It did what they wanted it to do. They are also the only televised company at that time doing intergender matches. I think the intergender matches she has had, if it’s done right, can be magical. It all depends on how those people think what intergender matches can be. If they look at it as a man fighting a woman, then that has to be as realistic as possible. Am I a fan of intergender matches? No.”

Previous Velveteen Dream Involved In Car Accident
Next Brian Cage On Injuries, Reports Of Signing With AEW While Still With Impact, Being Labelled ‘Injury-Prone’ & More