Breaking News
Home / WWE / Matt Riddle On Rumors Of Backstage Heat, Goldberg, Who He Would Like To Face Right Now & More

Matt Riddle On Rumors Of Backstage Heat, Goldberg, Who He Would Like To Face Right Now & More 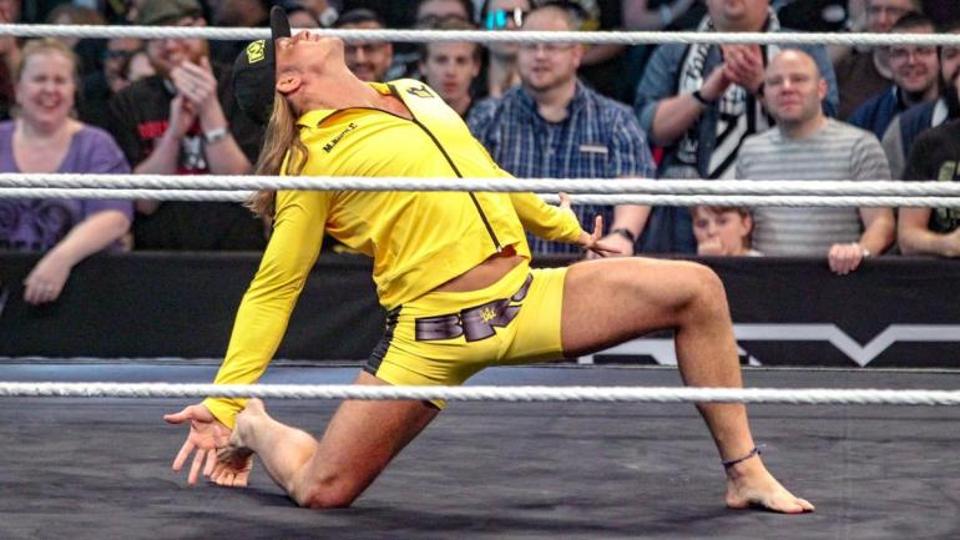 NXT Tag Team Champion Matt Riddle recently had an interview with Gary Cassidy from Sportskeeda where he talked about several things including backstage heat in WWE, Goldberg, who he would like to face right now, and more.

Matt Riddle on having backstage heat in WWE:

“I’m a tag champ, I was in the Rumble, so how does this guy have so much nuclear heat? I was in Vince McMahon‘s office just three weeks ago, before this thing broke out. I was in headquarters talking to him – and, yeah, we mentioned the heat I have of certain people but, at the end of the day, he signs the checks, he makes it happen for me and they’re in control, not the talent.”

“To answer your question, yes, some people I have heat with. But most of it is just high school, catty, ‘He said this’, people who just can’t take a joke or a work.”

Who would you like to face in WWE right now:

“Right now, the biggest stallion in the WWE stable would have to be Drew McIntyre. The guy is a hoss. I wrestled him on the indies at EVOLVE and stuff like that. The guy is a professional. He looks the part, he is the part. He talks the talk, he can walk the walk. He’s great. You know, so I’d like to have a match because he’s the guy to beat. I don’t know if it would necessarily be the Dave Meltzer’s seven-star match of the year.”

“You know, it’s unfortunate. It’s not that he wasn’t a money-making machine in his time, and this and that, and that he’s not entertaining. I get it. But, at the end of the day, this is a really hard thing to do. It’s hard on your body and there’s a reason why, you know, people come and go.”

“Then to not only bring him back but then to almost destroy… if Bray Wyatt wasn’t as good as he is and so charismatic as he is and everything else, he wouldn’t be able to survive. Most characters would die after that and probably be released shortly after. He was billed undefeated then just to have him Speared a couple times, barely Jackhammered, one, two, three.”