Matt Riddle On Backstage Confrontation With Brock Lesnar at Royal Rumble, Was Heartbroken 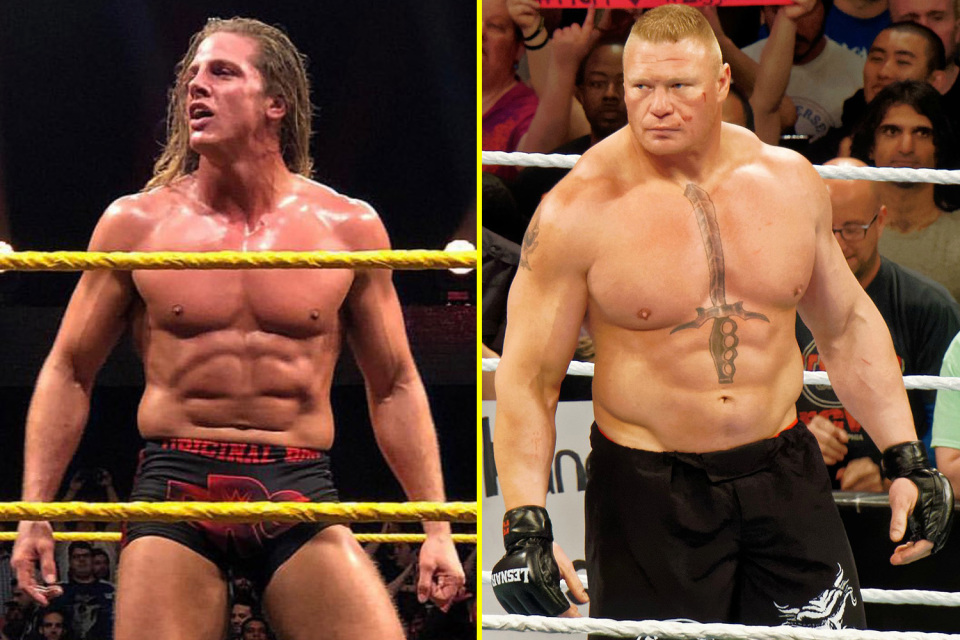 WWE Superstar Matt Riddle recently did an interview with talkSport, where he said that after the confrontation with Brock Lesnar at the Royal Rumble, he was “heartbroken” when Brock Lesnar told him,

“Kid, you might as well stop saying my name and tagging me in sh*t because you and I will never work together. Ever.”

Check out the highlights or watch the video below.

Matt Riddle on finding out he was going to be in the Royal Rumble:

“Eventually, I find out I’m going to be in the Rumble. Now I’m stoked! I’m like ‘what if I get my chance!’ [with Brock Lesnar]. I don’t even know if I should say his name [laughs]. But what if I get my chance? And now I’m starting to play the scenarios in my head and, of course, ‘what if I do this’ but then also, this isn’t just about me, there’s 29 other people. So I was just like if I can get anything, I’ll be extremely happy.”

Matt Riddle on both Paul Heyman and Brock Lesnar saying that a match between them is never going to happen:

“Then, of course, [Paul] Heyman and his security guard – I won’t mention his name [laughs] – him and his security guard come up to me and basically told me I had no chance in hell – it was very Vince McMahon like [laughs] – no chance in hell that I was going to get that match with him and I’d have better luck doing something else. And I’ll be honest, at first, I was just like awww [disappointed], I got this far and you’re literally holding me like this [tightly]. Like, he’s holding me like we’re friends but we’re not. And then he [Lesnar] tells me ‘it’s never going to happen.’”

Matt Riddle on being heartbroken after the confrontation:

“So, I wasn’t mad, I wasn’t sad, I was more just heartbroken. But it’s like when a girl turns you down on a date; hey, it doesn’t mean give up completely. It’s like OK, let’s go back to the drawing board, maybe I came on a little too strong this time. Maybe I’ll try something different to convince him, ya know? So that’s how that scenario played out. Then I got to the Rumble, got to play with Edge, kick Corbin, kicked now, reigning heavyweight champion, Drew McIntyre. The pop was pretty beautiful too, but the pop if I had of gotten in the ring slightly earlier [when Brock was in] – ahhhh! I’m pretty sure the crowd would have been like ‘oh my god! He’s going to get his chance!’ But hey, still a pretty good pop.”

Matt Riddle on if being so public about wanting to face Brock Lesnar hurt the chances of a match happening:

“You know, I think it might have hurt the chances. But at the same time, it’s hurt the chances for all the wrong reasons. It hasn’t hurt the chances in terms of my employer, the people in charge or the producers, it’s more so hurt the chances because some people’s egos get a little hurt. How do I get these matches? Well, I’m on SmackDown now, all I have to do is keep getting more and more valuable -and it seems that’s what happening – and eventually these guys are going to be like ‘Oh, I want another paycheck,’ and they’ll have to go through me to get it. That’s my goal. That’s what I’m going to do. I haven’t been calling out for the matches lately because there’s no point. These guys only really work off one thing and it’s money, so how can I get that? I got to be worth more to them. I got to become valuable enough to get them in the ring with me. So, that’s what I’ll do then.”