Breaking News
Home / indie/wwe / Lio Rush On Who Influenced His Style, Path To WWE, How Long He Plans To Keep Wrestling

Lio Rush On Who Influenced His Style, Path To WWE, How Long He Plans To Keep Wrestling 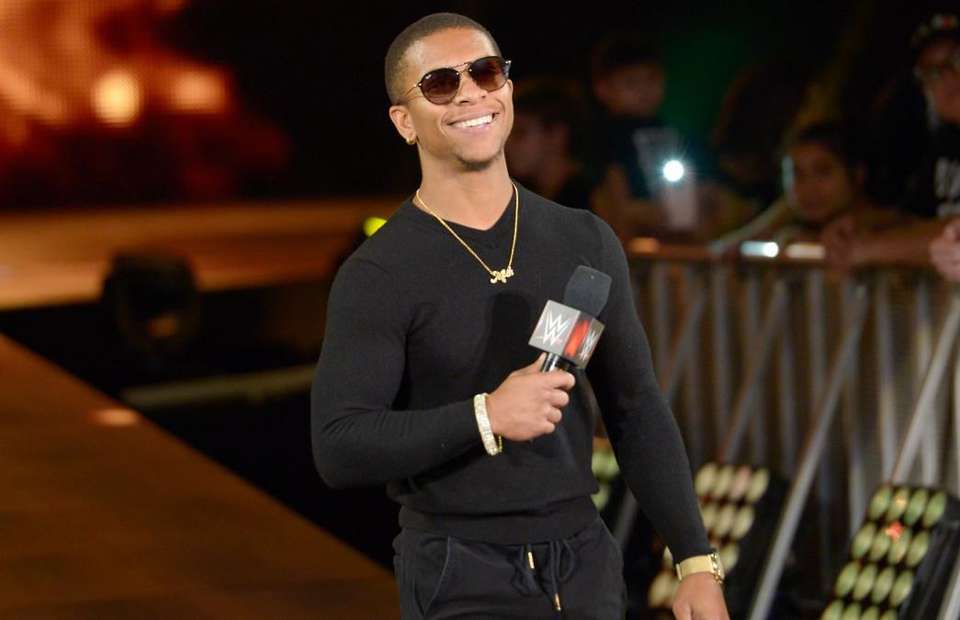 Former WWE Superstar Lio Rush joined Chris Van Vliet for an interview, where he talked about his wrestling career, including how long he plans to keep wrestling, his path to WWE, Who Influenced his style on the mic, and much more.

Lio Rush on who he got his style on the mic from:

“I never really wanted to look into managers who were within the company that’s been a part of WWE just because I feel like I try so hard, like so hard, to be innovative and creative. And I just didn’t want to be compared to anybody. Like that hurts me when I get compared somebody else because I just want to be my own person. So, I feel like I looked more outside of wrestling. I looked at actors, and I looked just people outside of wrestling. One person that I was definitely looking at personality wise was Kevin Hart because I was watching a lot of Kevin Hart stuff. I was studying his like mannerisms and the way the pitch in his voice would change, and the speed in which he would talk. I really dug it. And some other stuff, like I remember I watched James Franco in a movie, I think he was playing like a beach bum. He had like braids — [Spring Breakers?] Yeah, yeah. That’s it. So, I was like taking different things from actors and just trying to make it my own.”

Lio Rush on his path to WWE:

“That was a very long path for me. It’s so weird because my trainer at the time said, he knew from day one that me and Patrick [Clarke, Velveteen Dream] would have different paths, but we would end up in the same place. And Patrick got that call, made it to Tough Enough and eventually got signed. I kind of knew it too. I knew that I would have to work a little bit more for it. And right after he left and moved to Florida, I wasn’t in a tag team. We weren’t a tag team anymore, obviously. And I had to reach out to bookers and promoters and get my name out there myself, and it was really rough man just because I always dreamed and thought that I would climb this ladder of being successful with somebody like a brother, and when that kind of got ripped away from me, it was a little rough. But I’m glad that it happened the way that it did because I think my name wouldn’t be the household name that it is. And I feel like, whether it’s good or bad, like people know the name Lio Rush in some capacity. And I think that’s just from all the hard work that I put in from putting in all these tours all across the country and all across the world and being in EVOLVE, and being a big part of the new CZW stage, and being in ROH. It’s pretty cool the way that it all turned out knowing that it all turned out like that.”

Lio Rush on how much longer does he plan to wrestle:

“Yeah, I do. I feel like — oh man — this is seriously weird because I don’t think I’ve ever said this publicly, but I feel like I don’t see myself wrestling for that much longer. I don’t know why. I feel like, you know, there’s multiple reasons for this just because I’ve been such a high caliber athlete my entire life, ever since I was five years old, just nonstop sports and camps and training facilities and stuff like that. From baseball to football, amateur wrestling, and as young as I might see to everybody else, I feel like all those years are finally starting to catch up with me. My body feels like I got hit by a mac truck. And I don’t know. I think the older that I’m getting, the more that I’m starting to realize what my other dreams and goals and passions are. You know, music was something that recently came about. I always wanted to do music, but was just nervous to pursue it. So yeah, I don’t know. I guess that’s just something I’m going to have to see before time goes on, but five years from now, yeah, I definitely want to have a bigger name in wrestling. I want to be at the top of the food chain. I want to be in the same conversation as guys like Seth Rollins, Roman Reigns. I want to make history in the company. That’s something that I always dreamed about doing was being a part of WWE, but not only being a part of WWE, I wanted to make history within the company. When I saw Randy Orton become the youngest world heavyweight champion ever, I remember just dreaming of one day having some kind of history planted within the company like that. Lio Rush was the first this, or Lio Rush was the first that. That’s what I want.”

Previous Jim Ross Says WWE Missed The Boat On Rusev, Would Be His Number 1 Priority, Like To See Him In AEW
Next Johnny Gargano Says He “Hates” When WWE NXT is Called a Developmental Brand