Matt Jackson Worked Double or Nothing With a Broken Rib 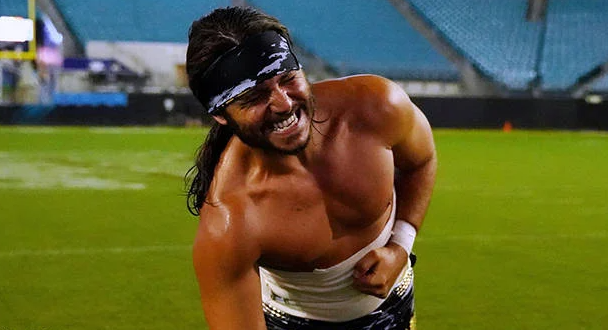 During last week’s AEW Dynamite Matt Jackson injured his ribs after jumping from a wall onto several members of the Inner Circle, but we didn’t know exactly how bad the injury was.

Well according to Dana Massie’s Instagram post (you can see below), who is Jackson’s wife, he actually received a broken rib. That injury wasn’t enough to stop Jackson from working Double or Nothing on Saturday.

“My husband is CRAZY. So thankful he’s okay (besides a broken rib)… that match was fun, but also super stressful to watch last night!!”

My husband is CRAZY 😬🙈 So thankful he’s okay (besides a broken rib)… that match was fun, but also super stressful to watch last night!! 🙈🤭🤩😱❤️🥰

Previous Chuck Liddell On CM Punk’s Run In UFC, Thinks His Trainers ‘Did Him a Disservice’ and ‘Threw Him to the Wolves’
Next Flip Gordon Signs New Multi-Year Contract With Ring Of Honor