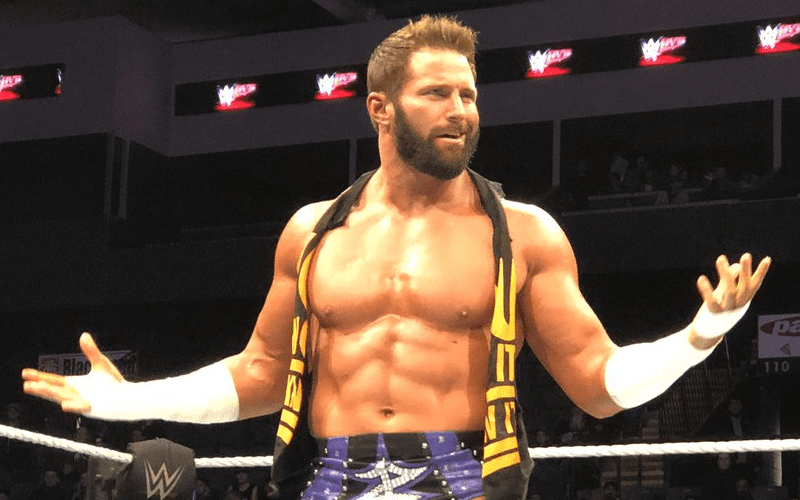 Matt Cardona who was formally known as Zack Ryder when he worked for WWE, recently had an Instagram Live Q&A session. During the session, Cardona talked about Curt Hawkins, his internet title, how Vince McMahon didn’t allow him to use the title on tv, and more.

Matt Cardona on if he plans to team with Curt Hawkins:

“We are not teaming,” he said. “We are not teaming anywhere unless one of the things we want to do is … e’d like to put on live wrestling shows. I would love to team with him in that environment. Or I’d love to wrestle like the Rock N’ Roll Express or the Headbangers. But other than that, we’re going our own separate ways.”

Matt Cardona on not getting approval to wear the internet title on TV:

“So I was presenting it to someone to, you know, to get approval to wear it on television. I was denied and I was told that I’m a mark for myself, which isn’t true. But like I said, I didn’t actually think I was the Million Dollar Champion or the Internet champion. I explained. It’s just like the Million Dollar Championship, right? It’s an accessory. It’s cool because with a gimmick and you could have sold these things. You could have made a killing selling these things, the foam, the replicas. But that did not happen. I never wore that on WWE programming, but it’s in the video game. There’s a T-shirt with it and my action figure, but I never wore it on TV.”

Matt Cardona on how there was money lost:

“I think there was some money lost, a lot of money lost, especially at that time. Like I said, replicas of the foam stuff they sell at the events, like the merchandise stuff or even, you know, Mattel, you know, toy belts, but whatever. It’s definitely my most prized possession.”

Matt Cardona on working on his new ring gear immediately after he was released:

“I’m always ready. That’s not just a catchphrase. Not just a hashtag. Always ready. I started designing the gear the second we were released and TTD Wrestling, he is our guy for the podcast. He’s also the guy who has been designing our gear. Rick Michaels actually makes the gear. So, yes, I have the gear design. It’s on the way. It looks great.”

“I mean, let’s just say that I’ve been listening to it already on repeat Chelsea [Green] knows all the words, because I play it so loud. I love it. I will just say that the song is not complete, but it’s almost there. I love it. That’s all I’m going to say. It’s a great entrance song, workout song. It’s perfect. It’s perfect for me.”