Breaking News
Home / WWE / Martha Hart on How Owen Hart Was Affected By the Montreal Screwjob, WWE Not Giving Him His Release

Martha Hart on How Owen Hart Was Affected By the Montreal Screwjob, WWE Not Giving Him His Release 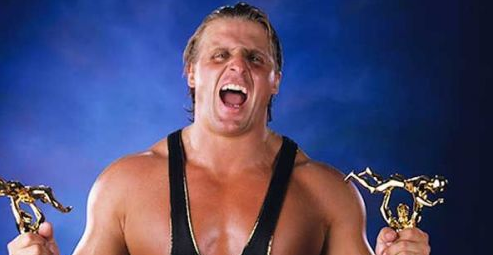 Martha Hart, who is the widow of former WWE Superstar Owen Hart was recently on the latest Talk is Jericho podcast where she discussed several topics about her late husband including how the Montreal Screwjob affected Owen, Owen’s contract with the WWE, getting a raise and much more.

Martha Hart on how the Montreal Screwjob affected Owen Hart:

“That was a really difficult time for Owen. Because even though he didn’t sort of share the same philosophy as Bret as far as wrestling would go, he knew that that was really crushing for Bret — what had happened with Vince and everything. And he felt bad for his brother of course, but he was also beholden to a contract at that time. WWE — well, [WW]F then — they just had introduced a few years before that — you know, contracts actually were where you were locked in for five years. And that’s where Owen was, he was locked into his contract. So he requested that he be let go to when everything happened with his brother. And they said, ‘No,’ that they weren’t going to let him go. They just weren’t.”

Martha Hart on WWE contracts back then:

“So the way the contract worked was that, you know, if you don’t work, you can’t work for somebody else. You don’t necessarily have to work, but you’re not making any money and you can’t work somewhere else. And it was a very onerous contract where it really benefited only the company, not the wrestler. And so Owen was really in a tough situation. So he really — he didn’t have a choice. It was like, you either stay here, or you go nowhere. So that’s your choice. But it was hard, you know. Emotionally it was difficult for him to see his brother so upset and betrayed, and yet have to stay and just fulfill his commitment that he’d made to the company. So it was a hard time. I mean, he preferred to leave, but they wouldn’t let him go.”

Martha Hart on Owen Hart getting a raise:

“They did. Yeah, they did, they sweetened the pot, I guess. Because I guess that they were worried that he might just sit it out and then just say, ‘Forget it’ … I would say Owen was always in the mind frame of looking for an exit. But at that point in time, it was kind of like, we decided that he would stay in at least maybe until he was 40 or something. Because he really needed to build up financially so that he could leave.”