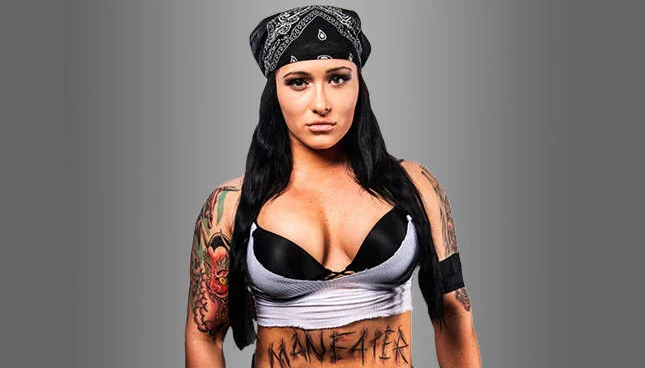 On the latest episode of “ROHStrong” podcast, Maria Manic spoke on a few different topics, including intergender matches, death matches, and much more.

Maria Manic on how she ended up doing intergender and death matches:

“It started with the intergender matches. Which, I have to thank — everything is led by somebody else. Everything is led by somebody else’s idea. Whether it was that first person who said ‘Hey, I’m going to book you against a guy and see how you do,’ or ‘Hey, I’m gonna start booking you against the guys because you’ve been working out really hard in the gym. You’re looking really big, you’re almost as big as some of these guys. I want to give you that chance.’ It was someone believing in me and making me think that I could do more than just, you know, look like a slut and wrestle the girls. And I have no problem wrestling the girls, I don’t mean it like that. But being told that I can only wrestle the girls. I don’t like having any boundaries with it. I want to wrestle whoever I want.”

Maria Manic on the idea of intergender matches in general:

“Like you said, I think its a case-by-case. It’s also person by person. Meaning, do I want to wrestle men? Yes. I also want to wrestle women too, I want to wrestle a lot of people. You can’t make someone wrestle me if they don’t want to wrestle me, it’s all about two people agreeing. So if you have the two people — you say you don’t want a tiny woman fighting a giant man. I’m 200 pounds, you wouldn’t want me fighting I don’t know, who’s a very big guy? You wouldn’t want me fighting Brock Lesnar, it’s not realistic. But if Brock Lesnar agrees to that fight and I agree to the fight, and I say ‘Hey, I’m probably going to get knocked out,’ I’m probably going to get knocked out. But I don’t mind that and I want the challenge. I want to take that fight. If both of us agree to do that, we should be able to have that fight, is my opinion on it.”

Maria Manic on if she’s ever had a problem with guys not wanting to sell for her:

“I’ve never had that issue, but I have had issues calling stuff and guys not wanting to give me s**t. Where it’s like, if this were a shoot, you know I would get some s**t. So you can play the game all you want, but if this is real and you want to make it real, you know how that would play out. So maybe incorporate that when you’re putting together the match.”