For weeks now, there seemed to be a romance brewing between Fire & Desire’s Mandy Rose and Heavy Machinery’s Otis. Last night’s episode of WWE Super SmackDown finally saw Mandy Rose and Otis’ romance leap into the next level when Mandy Rose & Sonya Deville approached Otis & Tucker backstage so that Mandy Rose could thank Otis for helping her out at The 30-Woman Royal Rumble Match this past Sunday.

You can check out the photos and the videos below showing the segment between Otis & Mandy Rose along with Mandy Rose’s tweet:

.@otiswwe has a DATE with @WWE_MandyRose on #ValentinesDay. 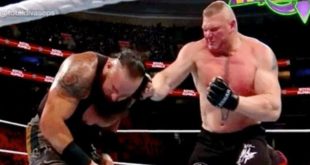