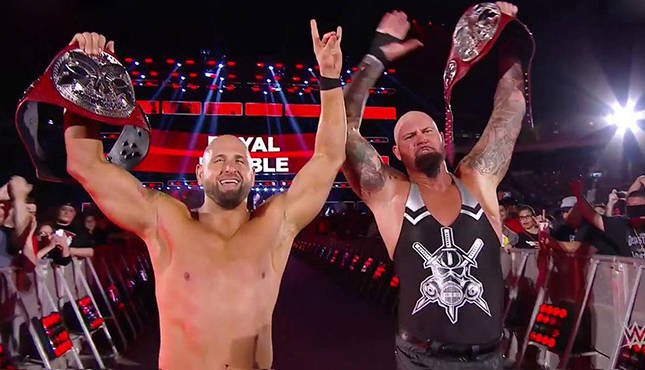 Former WWE Superstar Karl Anderson recently shared a photo on his Twitter account of him and his tag team partner, Luke Gallows with AEW Executive Vice Presidents, and AEW stars The Young Bucks. Both teams used to be part The Bullet Club together while wrestling in NJPW. Check out the tweet below.

It is believed that Anderson and Gallows will sign with Impact Wrestling and might make their debut on Slammiversary, but after seeing this picture some might wonder if The Bucks were able to convince them to join AEW instead. I guess we’ll have to wait and see.