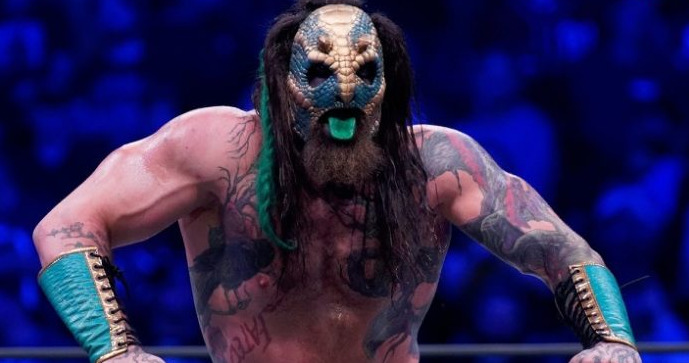 AEW wrestler Luchasaurus has released a copy of his birth certificate proving that he over 65 million years old. Chris Jericho is still a bit skeptical about the document and wants to take it to a criminologist to get the document inspected.

Take a look at the birth certificate and Jericho’s reaction below.

Well, this looks legit, no more debate needed. @luchasaurus has been around for over 65 million years pic.twitter.com/e2tDZqyjEa

That doesn’t look real!! I want to take that to a criminologist for inspection!! https://t.co/RONwsvFePo

Previous Heath Slater: ‘I’m Ready To Be the Wrestler I Was Meant To Be’ (Video)
Next MVP On Wanting to Create A New Stable in WWE, New Talent That Impresses Him, Apollo Crews