Lucha Underground – My Trip to The Temple 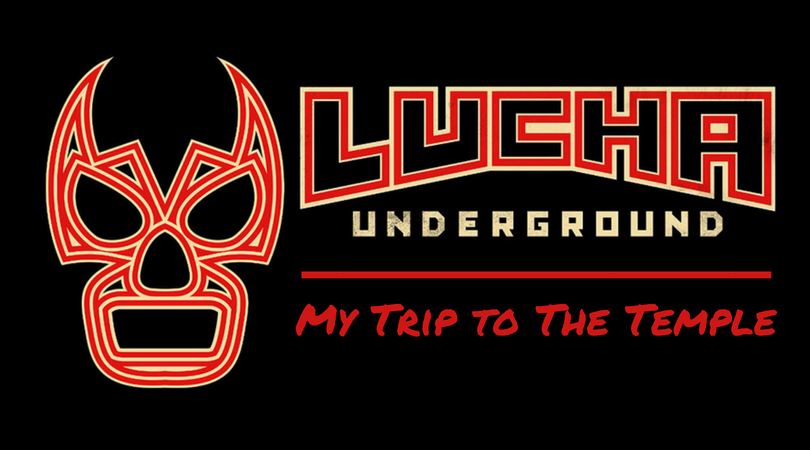 LUCHA! LUCHA!! LUCHA!!! I can’t lie, that chant is pretty infectious. Honestly though, I never thought I’d take part in it. As some of you may have noticed from reading my articles, I pretty much grew up a WWF loyalist. Don’t get me wrong, I always dabbled heavily in WCW, and ECW, but my heart has, and always will be, with “Vinny Mac,” and his empire. That being said, my love for professional wrestling has grown exponentially over the years. I’ve gained respect for Ring Of Honor, and other smaller promotions, who’ve helped massively reshape the image of “independent wrestling” in the United States. I’ve also become a big New Japan Pro Wrestling fan. I believe that they’ll eventually challenge WWE for the top spot in the industry. They have the best in ring product in professional wrestling today. As for Lucha Libre, I always respected, and admired it, but truthfully, I thought that part of my wrestling fandom was over. I didn’t think anything would make me recapture the feeling of watching WCW‘s cruiserweights as a child. I’m happy to admit that I was wrong. All it took was one show for Lucha Underground to remind me that no matter how old I am, and how much of a WWE homer I think I am, part of me will always be that 8 year old boy who was captivated by Rey Mysterio Jr., Juventud Guerrera, and Eddie Guerrero. It felt good to remember that, and it was all thanks to “My trip to Lucha Underground.”

One of the perks of writing for WrestlingExaminer.com is that I often get offers for tickets to some pretty dope wrestling events in, and around, the greater Los Angeles area. The offer for Lucha Underground tickets came out of the blue, but I had passed on the opportunity to go in season 1, and I wasn’t about to pass on it again. I received 2 tickets, and on the big day, my wife and I embarked on our adventure. I use the word “adventure” because it wasn’t as cut and dry as “drive to the show, and enjoy it.” In my excitement for the event, I entered the wrong address into my GPS, and got us lost. Season 4 of Lucha Underground marks the debut of a new Lucha Temple. Somehow though, I managed to enter the address for the old temple, taking us there instead. Needless to say, it wasn’t what I was expecting to see. Fortunately for us, the new Lucha Temple isn’t very far from the old one. After briefly exploring the grounds of the old temple, we hopped back in our car and headed to the correct location for what I hoped was gonna be a good show.

As we pulled up to the event, the scene was more of what I had been expecting. There was a big crowd waiting to be let in, and lots of people rocking Lucha Underground T-shirts, and merchandise. We found parking, and hurried inside. We’d been running a bit late (getting lost didn’t help), so I was worried that we were going to miss part of the show. Luckily, the show was running a little late too. We were able to sign in, and get to our seats with plenty of time to spare. Our seats were amazing, right next to the staircase entryway. Fenix, Johnny Mundo, Pentagon Dark, and many more performers, were all within arms reach of us at one point or another. The view of the ring was awesome too. We were so close to the action, you could see, and hear, the true impact of every move. I’ve been to several WWE live events in my life, and none of them can compare to the atmosphere that Lucha Underground created inside the Lucha Temple. It just felt different. WWE holding a show at the Staples Center is “just another event at the Staples Center.” Nothing differentiates it from a concert or sporting event, except for the merchandise being sold, and worn. I didn’t have that problem at Lucha Underground. Lucha Libre was in the air. 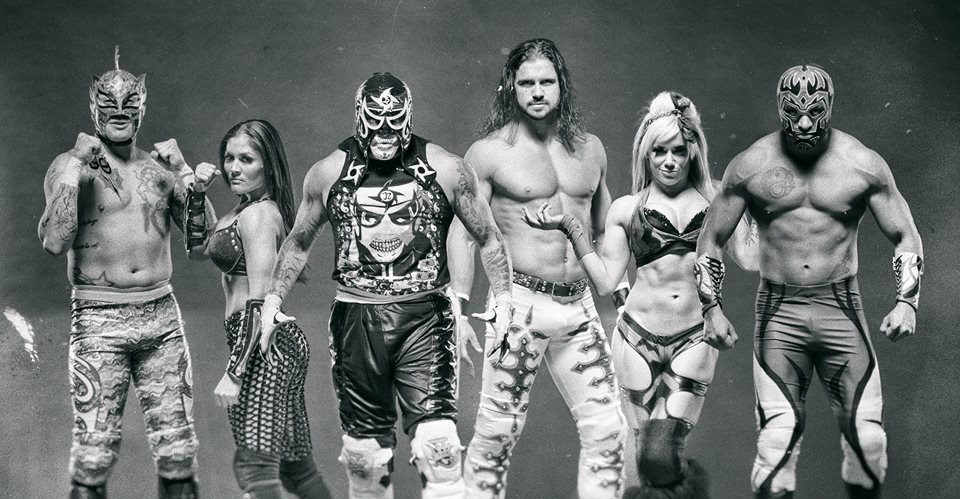 I don’t want to give out any spoilers for season 4, so I wont get into the specific matches I saw. What I will say is that the work rate blew my fucking mind. Pentagon Dark is an elite level performer, and is every bit as good as any other promotion’s World Champion. Cage, and Mil Muertes were both more imposing in person than on TV. The only thing that would’ve made it better for me would’ve been seeing Rey Mysterio Jr., but i got to see 3 championships be defended, including the Lucha Underground Championship, so I left a happy camper. Honestly, being there and feeling the energy, made me briefly wonder if this is what ECW must’ve felt like at its peak. A renegade promotion, with a fiercely loyal fan base, determined to carve out their own path in the world of professional wrestling. Not to mention ECW was really the first American promotion to spotlight lucha libre, not WCW.

The experience exceeded all my expectations. So much so that my wife, and I planned on returning for Ultima Lucha 4. We were both pretty bummed when we couldn’t make it due to prior commitments. This is going to sound weird, but I’ve got to hand it to Vince McMahon. He’s a branding genius. He’s made it almost impossible to disassociate WWE from professional wrestling. I’m guilty of falling for it myself. I underestimated Lucha Underground simply because it wasn’t WWE, and it turned out to be even more impressive than WWE. We need more promotions, and TV shows, like Lucha Underground. Professional wrestling fans deserve to be exposed to more than just the generic cookie cutter product that WWE promotes. We need a change of pace. I know it’s a long shot for any other promotion to ever knock WWE off their thrown, but in the spirit of competition, and for the sake of the wrestling business, I’d like to see someone try. There’s no telling what the future holds for Lucha Underground, but after being in The Temple, and feeling the energy for myself I’d be lying if I said I wasn’t pulling for them. If you haven’t yet, I strongly recommend going to a set of tv tapings, and feeling the energy for yourself. I hope all you “believers” enjoy Lucha Underground season 4, and if in the midst of watching it you catch a glimpse of a fan having the time of his life, just know I definitely did. LUCHA! LUCHA!! LUCHA!!!