Breaking News
Home / AEW / Lance Archer On Why He Chose AEW Instead of Going Back to NJPW, Who He Would Like To Work With

Lance Archer On Why He Chose AEW Instead of Going Back to NJPW, Who He Would Like To Work With 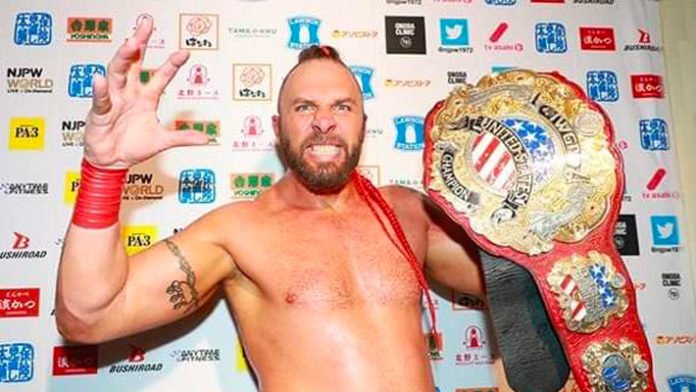 In a recent interview with Talksport, Lance Archer talked about several topics including choosing AEW over NJPW, changing people’s opinion of him, who in AEW he would like to work with and more.

“Yeah, there was definitely stuff on the table. Obviously, my relationship with New Japan – I’d been there for eight and half years – there was an offer from them as well and nothing was quick. It was definitely a longer thinking process, a bigger decision process. I have a lot of faith and I did a lot of praying about this situation and it was one of those things. It ultimately came down to the people in AEW were much more attentive to having me apart of AEW. The numbers were adding up in the right way. As I said, the prayers I was doing were leading me towards AEW and just everything was leading me towards it. The opportunity to be apart of something that is growing, help that and help AEW become even greater than it already is, that challenge was just too enticing. Nothing was quick about the process. It took it’s time and I made some tough decisions, but ultimately the right decision in my opinion. That’s what led me to AEW and now we’re here, I’m ready to kick some ass.”

Lance Archer on people’s opinions of him changing:

“Like you said, a lot of the things that happened in the last year of my time with New Japan [set things in motion]. It actually started with the New Japan Cup last year where I had a match with Will Ospreay. I think that opened a lot of eyes within New Japan and the New Japan faithful. Then the G1 – which actually, I don’t know if a lot of people know this – but I wasn’t supposed to be in the G1 to start off with. Things happened and things changed that worked in my favour and I got put in the G1. Luckily, I busted my ass and the G1 was amazing as it was. It was the most eyes that had ever been on the G1, especially with it starting in Dallas, TX. Everything kind of fell into pace, just like The United States championship – just kind of fell into place. That was an opportunity presented to me because there was an unfortunate typhoon that hit Japan and a lot of guys weren’t able to make it to Japan and I did, with three hours to spare of the show starting. Then I got put into the spot facing off Juice Robinson for that title and becoming the champion. Then on to Wrestle Kingdom, probably my biggest match,” Archer stated. “I’ve wrestled in six Wrestle Kingdoms and had several tag title defenses at Wrestle Kingdom, but this was my first major singles match and title match at Wrestle Kingdom, and it was with Moxley. It was a match extremely different to everything else on the card. Two nights of Wrestle Kingdom and ours was he only singles Texas Deathmatch/hardcore style match and I like to believe Moxley and I killed it. I think that match changed a lot of opinions about me, but the wheels had started turning even before the match with Moxley [on AEW]. It started before Wrestle Kingdom I’ll say that much.”

Lance Archer on who in AEW he would like to work with:

“The cool thing is, I’ve been around these guys at one point or another. PAC is a guy that I’ve known for many, many years. We were on a crazy little island tour off the coast of South Africa near Madagascar. It was like 2009, even before I did my short cup of coffee up north [WWE], I saw his talent back then and to see what he’s become makes me excited to get in the ring with him. He brings that hard-hitting Japanese style that I love to bring myself and he’s also got the high-flying abilities that very few people can match up to him. We talk about a guy like Sammy Guevara, a guy I’ve known around Texas for many years but I’ve never stepped in the ring with him and he’s loaded with talent. PAC and I, never stepped in the ring together. Kenny Omega, he’s a guy that I’ve been around for many years whether we were in the same company in Japan or not, we were around each other, but we’ve never actually stepped in the ring together. I just think those dynamics with my size and ability as a 2020 big man is something that can match up really well with guys like that. Then there’s the big man matchups: Luchasaurus, Wardlow, Brodie Lee – you’ve got all these monster matchups that can go down. Jake [Hager] and I have matched up on the independents before but never on a big stage. Facing off with all these guys that I never have is incredibly exciting to me. The prospect of these matchups was too enticing for me to pass up.”