Lana on How Paul Heyman Changed Raw After Taking Over, Storyline With Bobby Lashley & More 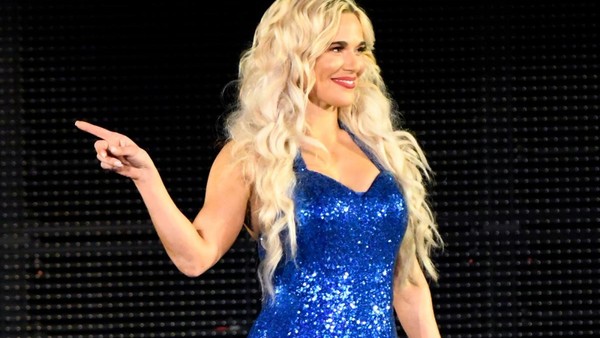 Recently Lana spoke with Sportskeeda to discuss several topics including how Paul Heyman changed RAW after taking over as the Executive Director of the brand, her storyline with Bobby Lashley, Edge returning at the Royal Rumble and much more.

Check out the highlights below:

Lana on how Paul Heyman changed RAW after taking over:

“Paul Heyman is so incredible. Paul Heyman has been one of my favorites for as long as I can remember since I was a little girl. He and Stephanie McMahon are the reason why I wanted to become a WWE Superstar because they are such compelling storytellers and entertaining, and they’re really able to drive the story by being on the mic and talking and being entertaining, and smart and compelling. I feel he’s really able to bring that to the table as well. When he’s a character and when he’s on the microphone, he’s able to tell those compelling stories, and he brings that as a showrunner. I feel like he’s given so many people opportunities, who wouldn’t otherwise have opportunities. And the way he tells the story across the show, I feel like everything’s very intertwined and threaded. I feel like that’s a very, very, very interesting quality and that’s how scripted television goes. Everything is threaded. And I feel like everything is a lot more threaded on RAW, which I really, really like, and I actually thankful that a lot of people are getting opportunities that haven’t always had opportunities. And I’m excited to see what’s to come.”

Lana on storyline with Bobby Lashley being a form of a soap opera story:

“I think I push the envelope in everything I do, in all the storyline I’ve been in, in WWE. I feel like I’m very lucky to do some form of soap opera story. I just feel like soap opera stories, in general, are very relatable and everyone can connect to heartache. Everyone can connect with either being cheated on or know someone that’s cheating or know someone that has lied in a relationship or know someone that’s gotten a divorce. Most people have broken up once in their life, at least. I just think that all those stories are relatable and people understand that. And people connect with it.

“Not everyone understands and connects with winning a championship or winning a title, or being the most athletic person or being genetically superior. Like, I don’t relate to being genetically superior. I’ve had to work my a** off to get anything in my life. And I know there are a lot of people like that. But most people have experienced heartache or betrayal or breakups at some point, so I think those stories are very compelling. I’ve been very blessed to be in stories like that, that have to do with issues of the heart. And those are the stories I like the most on television if it’s anything from Game of Thrones or Scandal or Grey’s Anatomy. If you take something like Game of Thrones, within the war, within them fighting for their land, they still have the extra element of relationship drama within the drama, and those are my favorite stories on television. So, I’m always very excited to be on those stories on television, on WWE programming.”

Lana on Edge returning at the Royal Rumble:

“Oh my god. That was so insane. When he came out, my mind was so blown; I could not believe it. I love Edge. He is so incredible. I mean he was one of my favorite WWE Superstars growing up and to work with him, he’s such a phenomenal actor. He’s so good. He’s so entertaining. Plus, he’s so vulnerable as an actor. I feel like a lot of WWE Superstars are not able to show vulnerability as Edge does, and I just think that the story of Edge and Randy Orton is so, so compelling and one of my favorites, besides, of course, anything I do on television. That’s always my favorite. It’s such an incredible, incredible, compelling story. And that’s what we need on television. Compelling stories.”

Previous Taz On Realizing He Was Screwed As A Wrestler in WWE, Why He Was Labeled as Dangerous, McMahons Elitists Attitude, More
Next WWE NXT Cruiserweight Title Tournament Participants Revealed