Kurt Angle Discusses Boneyard & Firefly Funhouse Matches, Which Wrestler Reminds Him of Himself, Plus More 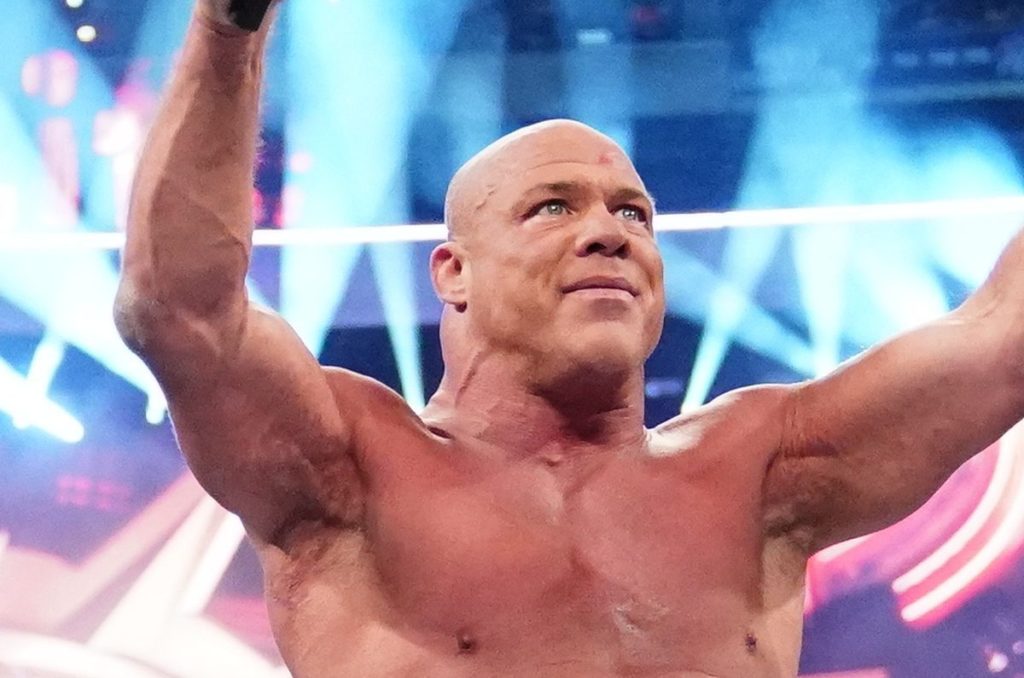 Kurt Angle took to Facebook for a quick Q&A with his fans, where he discussed cinematic matches like Firefly Funhouse, and the Boneyard match, wrestler that has a similar style as his, and something that he wished he accomplished but wasn’t able to. Check out the highlights below.

Kurt Angle on which wrestler’s style reminds him of him:

“The one superstar who reminds me of me is Chad Gable. He’s very talented and very technical. I’m a big fan of his work. He’s also an Olympian.”

Kurt Angle on thing he wished he achieved, but wasn’t able to:

“Winning the Rumble, but it wasn’t in the plans. I was injured quite a bit so if I had any opportunities to win the rumble, my injuries most likely ruined any chance of it. I was injured 2 of my 6 1/2 years I performed in WWE from 2000-2006.”

Kurt Angle on cinematic matches like Firefly Funhouse and the Boneyard match:

“The business is changing and I expect to see more of these. However, they won’t be live in front of an audience. That’s the whole reason WWE travels the world…so they can perform live in front of crowds. But I expect that WWE will continue with some of these types of matches. They got great reviews.”

Previous WWE Confirms Employee Tested Positive For COVID-19, Has Completely Recovered
Next Taz On Realizing He Was Screwed As A Wrestler in WWE, Why He Was Labeled as Dangerous, McMahons Elitists Attitude, More