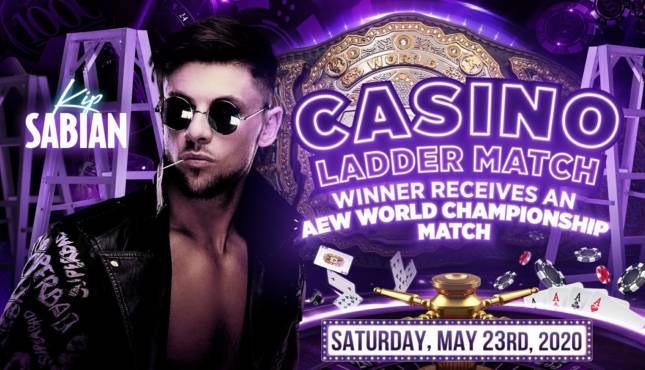 AEW has announced that Kip Sabian is the latest participant in the Casino Ladder Match at AEW Double or Nothing on May 23rd. The other participants named so far are Darby Allin, Rey Fenix, Colt Cabana, Orange Cassidy, and Scorpio Sky.

Your sixth entrant in the Casino Ladder Match is @TheKipSabian.
Is he your pick to take the win?⁠
⁠
Order Double or Nothing on Saturday, May 23rd on all major cable & satellite providers / @BRLive / @FITETV (International Fans Only) #AEWDoN pic.twitter.com/5DsTb0n1Oe

Previous Matt Riddle Warning to MMA Fighters Who Want to Come to WWE – “It Won’t be Easy!”
Next WWE Reportedly Unhappy That Sami Zayn Decided Not To Go To Tapings