Breaking News
Home / WWE / Kevin Sullivan on Declining to Be in Chris Benoit Dark Side of the Ring Episode, Denies Beating Nancy

Kevin Sullivan on Declining to Be in Chris Benoit Dark Side of the Ring Episode, Denies Beating Nancy 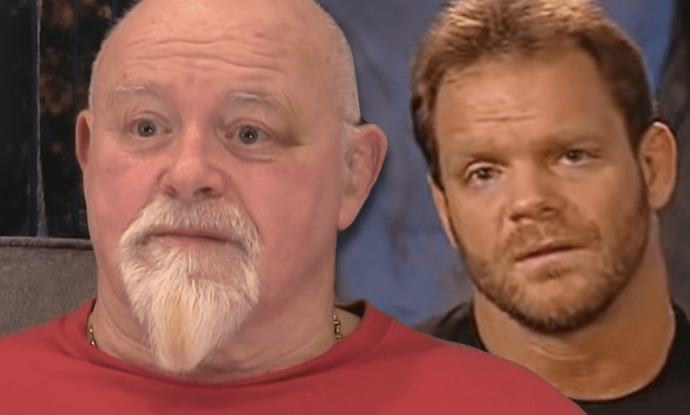 Kevin Sullivan went on the Jim Cornette Experience podcast to talk about the Chris Benoit episode of Dark Side of the Ring that aired on VICE TV. He addressed his reason for why he declined to appear on the episode, his problems with his marriage to Nancy, and the allegations that he beat Nancy.

For those of you who don’t know, before Nancy was married to Chris Benoit, she was married to Kevin Sullivan, and the episode featured allegations of abuse between Sullivan and Nancy causing their relationship to end, and having Nancy leave Sullivan for Benoit.

You can check out the highlights or listen to the full podcast below:

Kevin Sullivan on declining to be part of Dark Side of the Ring do to respect for Nancy’s parents:

“I have been extremely sensitive to them [Nancy’s parents], they were dear friends at one time. And I can’t imagine how it is to get up every morning for the mother and the father to see two urns on a mantle. I mean that, to me, has to be the hardest thing in the world. And I respect them very, very much. And I wanted to hear from them if they okayed it, because they have never talked about it publicly that I know of … No disrespect to Sandra, but I wasn’t gonna take anybody else’s word, except for Maureen and Paul’s word. And if it was okay with them, I would have talked.”

Kevin Sullivan on his relationship with Nancy being in trouble before Chris Benoit joined WCW:

“Right. We had problems before Chris came in for about 6 months. I mean, things – hey, it happens daily. It happened to us, we grew apart. Truthfully, there was that age difference where she spent her early 20’s with me Not seeing — she saw the world, but not on her own. And Benoit, when we put him with her, his wife was pregnant at the time and he was very leery about it because he had a meeting with Eric [Bischoff] and I and he said, ‘I’ve gotta make sure my wife doesn’t get upset about this. He was very concerned, she was pregnant at the time.

“So yeah, we had probably — I’m gonna say six months we had had problems. We had two houses at the time that we lived in. I was spending more and more time down in the Keys, and she was spending more and more time in Daytona. And then as it eventually went, an incident happened that I actually stayed in Daytona — I mean, the Keys — 98% of the time, and the only time I went up to Daytona was when she wasn’t there. And I mean, we knew where we were headed, that we were headed for a divorce somewhere down the line. And we tried to patch it up a couple times, but things just didn’t work.”

Kevin Sullivan on his relationship with Chris Benoit in his early WCW run:

“I had never met him before. I had seen him. Jimmy, you’re gonna have to help me on this one. I think the first time I actually saw Chris, I was watching PBS when I was in Japan. I wasn’t watching in Japan but I was working Japan … He was very professional. He was all business, he was a quiet guy. He had a small circle of friends. But they were very loyal to one another, and every night he was going out to have the best match on the card. And he always had it every night.”

Kevin Sullivan on having any suspicion that Chris Benoit and Nancy would end up together from their angle:

“No, and that was the furthest thing from my mind. Like you just said, he had a pregnant wife. He was quiet guy, and her and I weren’t getting along. And I knew what was going to happen, meaning I knew that we were going to separate down the line — well, we were [separated]. We weren’t living together anymore. But did I think Chris was gonna leave his family? No. And I actually don’t think his friends thought that either.”

Kevin Sullivan on the only official report of domestic violence being against Nancy:

“Yea, I’ve never brought that up Jimmy. And you know, if you look at it, there were charges put on her. She spent three days in jail, and she stabbed me with a knife. And that was the breaking of our relationship completely. Then I never went back to Daytona. And I paid for her to get out of jail, but I never brought it up because of the respect I had for her mother and father. And I know it weighs heavy on their heart. I used to say to myself, ‘I can carry this, I can carry it. They can’t.’ I’m not trying to be a hero here but why put more weight on their heads and say that?”

“For Sandra to say that, I think sometimes maybe Sandra sees things her own way. And these guys from Dark Side of the Ring certainly aren’t Sherlock Holmes or Watson, or they would have figured that out. Did some research on that. Her mother was very appreciative, and father too, of what I did to get it squashed. She never really — we went to court and said this is the only time we ever had a problem; it won’t happen again, and I got her out. And she went home and I got the car and drove to the Keys.”

Kevin Sullivan on the show’s claim that he gave Nancy a black eye:

“Well, I was living down in the Keys. I hadn’t seem Nancy for about four months. If she had a black eye, I don’t know how she got it. But I think maybe Sandra got her timeline wrong … I never gave her a black eye.”