Breaking News
Home / WWE / Kevin Owens Spoke to Vince McMahon And Triple H About Returning to NXT, ‘Would Love the Chance to Go Back’

Kevin Owens Spoke to Vince McMahon And Triple H About Returning to NXT, ‘Would Love the Chance to Go Back’ 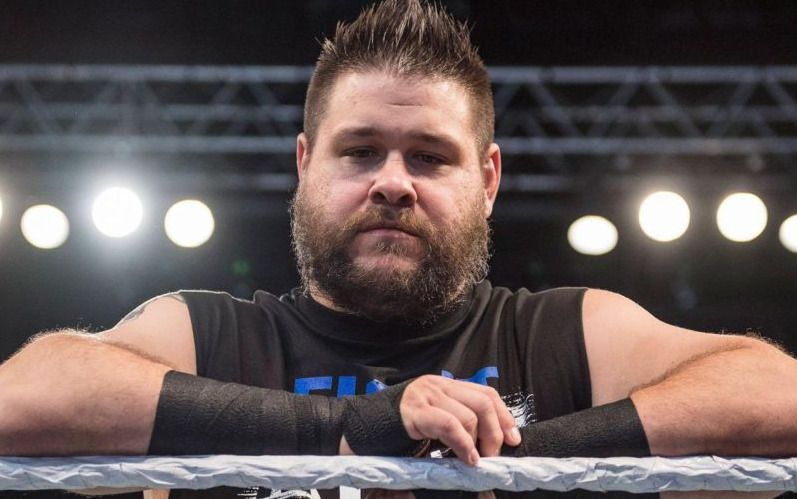 WWE Superstar Kevin Owens recently did an interview with CBS Sports where he discussed talking to Vince McMahon and Triple H about possibly making a return to NXT and much more.

Kevin Owens on his feud with Seth Rollins:

“I mean, if I were to be able to choose, I’d love for Seth to still be doing the entrance he did at that IWA: Mid-South show where he would do the headbanging to his music. I attacked him during the entrance while he was doing the headbanging and he was distracted. That makes the matches a lot easier if you get a shot in early. He doesn’t do that anymore; I guess he’s gotten wiser as time has gone on. Obviously, we’ve been doing this for quite a while and have faced off in a lot of different settings and in front of a lot of different crowds, with these last few at WrestleMania and Monday coming up, there’s not too many people in the building, which is reminiscent of the IWA: Mid-South days. One thing that’s a constant is that we bring out the best in each other. I’m always happy to get in the ring with him and get to do this. I think we always have matches that people walk away from saying they really enjoyed and had a good time watching what we do. That’s kind of what I’m always looking for and he’s a lot of fun to punch in the face. It’s good all around.”

Kevin Owens on how he sees his career so far:

“I feel fine, you know?” Owens said. “I’ve had so many big moments in WWE where the follow-through wasn’t what people would have expected. I think, eventually, there’s going to be a big breakthrough, or I hope that there will be a big breakthrough where I can capitalize on the momentum and keep things going the right way. But I’m kind of in no rush. I don’t see myself not doing this anytime soon. I’m going to be doing this for quite a while. I’ve had a pretty great career and there’s always room for more. I always want more. I certainly can’t say that my career has lacked in big moments and moments I’ll remember for a long time. As far as keeping momentum and following through, obviously this injury was unfortunate timing, but that comes with the territory. It all happened because I was trying to make WrestleMania as special as possible. I wouldn’t change a thing in that aspect; it’s just something that happens and you have to dust yourself off and keep going.”

Kevin Owens on talking with Vince McMahon and Triple H on going back to NXT:

“I think Triple H touched on it in the past in some interviews. For a while there, it looked like I was going to head back to NXT. I had even discussed it with Vince McMahon and stuff like that. I was excited about it. I don’t know if it would have been a long or short term thing. I’ve been vocal about wanting to go back there because I’d love to help make it grow even more and help make it as big as it can get and make it so we have three brands people know about. I would love for people to be just as aware of NXT as they are about Raw and SmackDown. I would have loved to be a part of that, but some decisions were made that I had to stay put on Raw and SmackDown. That’s fine, but I would love the chance to go back. I talk to Triple H pretty regularly and we bring it up once in a while. It’s just about timing. There’s a lot of opportunities. The landscape of WWE is changing quite a bit through this situation and I think it’s going to keep evolving. The ideal scenario for me would be for NXT to be viewed as a third brand, and if it’s not already, it’s pretty close. I’d love to be a part of anything. I love to contribute to SmackDown, to Raw, to NXT. I just want to go where I’m needed and try to make a difference.”