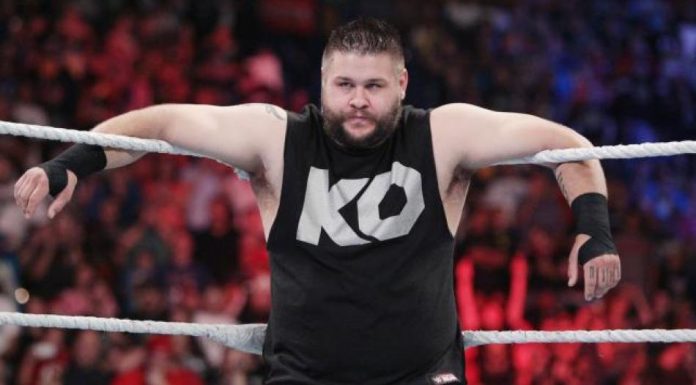 Kevin Owens recently had an interview with RDS where he discussed a few different topics including his thoughts on WWE being declared an essential business, and the great support he has always received from his wife.

One thing that was interesting was that Owens mentions that he injured his knee during his WrestleMania 36 match with Seth Rollins. He is not yet sure if it is only sprained or if he has a minor fracture but will be getting x-rays on it soon.

Check out some of the highlights:

Kevin Owens on WWE being declared an essential business:

“It’s special that we were considered essential in the state of Florida, but maybe it’s a mentality where they think people need such distraction. The great thing about WWE is that it doesn’t require us to be there if we don’t want to. This is also why in the last two weeks I have not been present, because I preferred to be at home with my family.”

Kevin Owens on the support he receives from his wife:

“She never told me to find a more serious job or give up on my dream. She has always been behind me. Without her, without my parents, without my children, I would not be here today.”

Previous Becky Lynch On Transitioning To Acting, The Rock & John Cena Giving Her Advice and Guidance
Next David Arquette Has A Great Idea For Liv Morgan’s Proposed Sequel To Ready to Rumble