Kenny Omega out, KUSHIDA in for Saturday’s ROH show 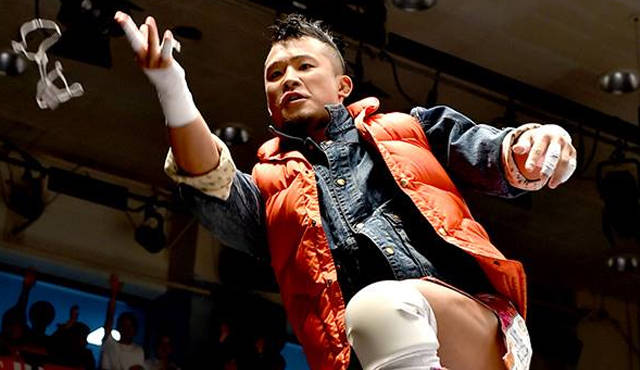 Ring of Honor issued a statement on Kenny Omega being pulled from Saturday’s ROH show in Philly, also announcing that KUSHIDA has been added to the show and will be defending his IWGP Jr. Heavyweight Championship.

“Due to circumstances out of his or Ring of Honor’s control, “The Cleaner” Kenny Omega will not be in Philadelphia on Saturday March 12th to compete at “The Conquest Tour” event. ROH Matchmaker Nigel McGuinness received the call late last night and immediately reached out to officials from New Japan Pro-Wrestling to arrange a replacement. Taking Omega’s place in Philadelphia will be IWGP Junior Heavyweight Champion KUSHIDA, the man who defeated Omega at Wrestle Kingdom 10.

Ring of Honor and New Japan Pro Wrestling felt it was important to reward the great fans in the “Birthplace of Honor” and they are proud to announce that KUSHIDA will defend his IWGP Junior Heavyweight Championship on Saturday March 12th in Philadelphia at the 2300 Arena. KUSHIDA’s opponent will be announced at Noon today. Who will get the opportunity to face KUSHIDA for the IWGP Junior Heavyweight Championship in a very rare title defense outside of Japan?”