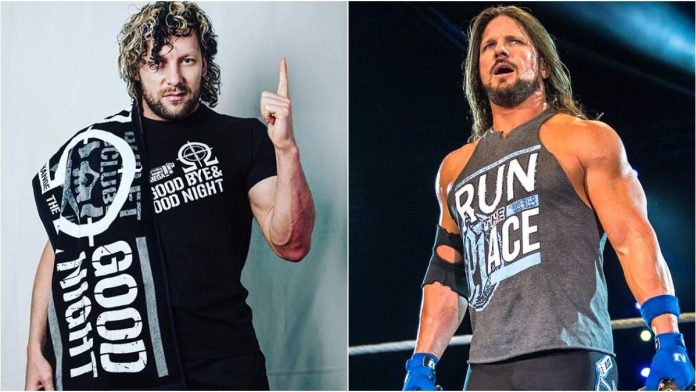 “The Cleaner” Kenny Omega recently had an interview with Jonathan Snowden from The Bleacher Report where he talked about how his good friend AJ Styles was a “huge driving force” in his wrestling career.

Back in 2015 Omega was in AJ’s corner during a match against Kota Ibushi. During the match he noticed how physical AJ Styles was through out the match.

“This was the closest, physically, I had been to Ibushi in a wrestling environment for the longest time. For it to be in this huge title match with AJ Styles, and there was going to be this moment where what I did impacted the match, it was emotional for both of us,”

“I can’t take all of the credit. Actually, AJ was a huge driving force. He went to the office and said, ‘Please, Gedo [the head of New Japan’s creative team], let Kenny be the only guy that comes out. I know Kenny has this thing that he wants to do, so let Kenny have this moment.’ If there were other Bullet Club guys there, it may get lost in the shuffle. He wanted it just to be me, and I think it helped magnify the impact of what happened in the ring and the real emotions.”