Keith Lee On Who He Would Like To Face, Adjusting to Empty Arenas, Brock Lesnar, Braun Strowman, Dominik Dijakovic & More 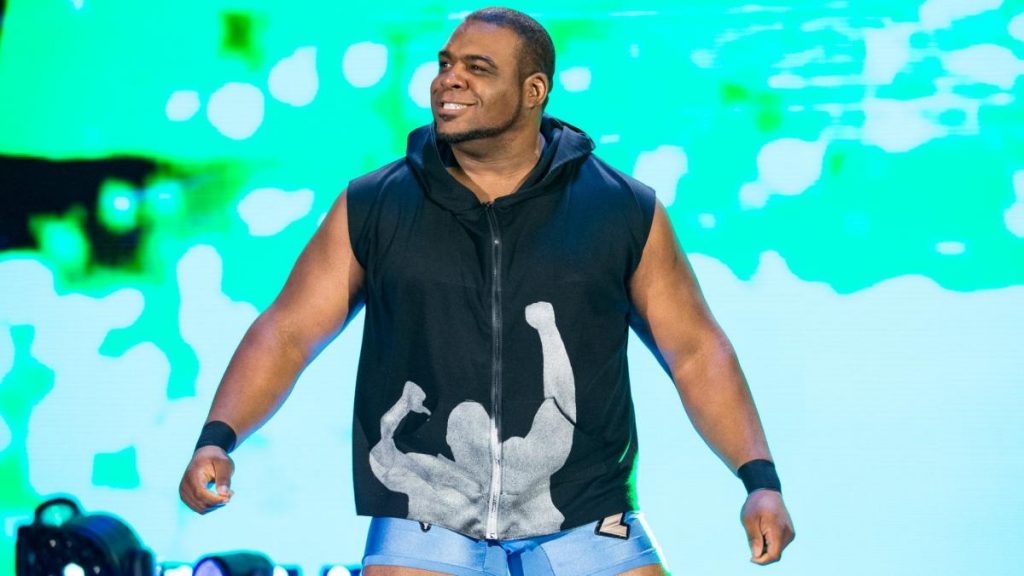 NXT North American champion Keith Lee recently had an interview with PWInsider, where he discussed several topics including NXT now airing on the USA Network, adjusting to empty arenas, rivalry with Dominik Dijakovic, who he would like to face in NXT, and much more.

Check out the highlights below:

Keith Lee on NXT airing on the USA Network now:

“I think that the amount of people that see us has grown. There’s more opportunity for competitors like myself, who may not have had a lot of time or opportunity to showcase themselves, or what they’re capable of, to maybe get that opportunity, and maybe get that chance to show that and know a little bit more on something that I take great joy in. Getting those opportunities in that competition has been helpful for many people, I feel like.”

“I feel like there’s always going to be a void when there’s not a lot of fans there. It makes you more aware of the more difficult portions of matches and the more painful portions of matches. I also think that I don’t think I’ll ever adjust to it because I have such an appreciation for what fans bring to a match, It’s something that I am trying to adjust to. It forces me to take myself to a different level as an athlete in order to fulfill what is missing, At the end of the day, I am and I will continue to miss them.”

Keith Lee on his rivalry with Dominik Dijakovic:

“It’s followed me from place to place, rightfully so. You have two kids who fight each other out of respect. I often talk about competition and how important it is. That’s Something that we do very handily. When it comes to our battles, they’re all built on respect. You have two purely hyper athletes that, at the end of the day, push each other because of said athleticism, but also the wish to stand out and be different and make a statement for ourselves. When you have two people that want to be at the top, obviously they’re going to push each other both physically, mentally, athletically, emotionally. All those things tie together. Us two have pushed each other since 2016, and I don’t think that’s going to stop, to be fair.”

Keith Lee on his appearances in the main roster:

“It makes me grateful that I have a place to, as you say, express myself. More so, chill off, and then have those opportunities and whatnot, and having a place to unload the personality and unload the athleticism that we use as a whole. I don’t know if that opportunity would be if I weren’t in NXT. That said, it also makes me hungry because I also feel like I know that there are many fans that now wish to see, instead of matches such as Keith Lee versus Brock Lesnar, Keith Lee versus Braun Strowman. Lee versus Strowman, Reigns. He’d be standing next to one of those guys. It creates that interest. I know that those are some top competitors, which also tickles my competitive nature, and then I now want to step in the ring, and I fight any of those guys. I’m grateful for where I am, but I’m also open-minded for opportunities, whether they’re in NXT or on another brand.”

Keith Lee on who he wants to face in NXT:

“I don’t know. I liked the way you worded that, when I get past Damian Priest, because that’s exactly how I feel about it. Pardon me. My throat’s a little testy. If I have to choose opponents, it’s a really, really tough call. I think even though he competes mostly on 2055, I think that Isaiah Swerve Scott is somebody that would be worthy competition without a doubt. Matt Riddle. We are boys, we are close but when it comes to fighting, just like myself and let it go, it is a matter of perspective, a love for competition. I know that he would jump at the opportunity. Those are the first two that come to mind. I think a battle between myself and Adam Cole would be something very interesting, whether it’s for both battles or a competition and then there will be something special at the end of the day. It’s a matter of time, I think.”