Keith Lee On Being Representation For African-American People, Finding His Identity, Roman Reigns Helping His Career 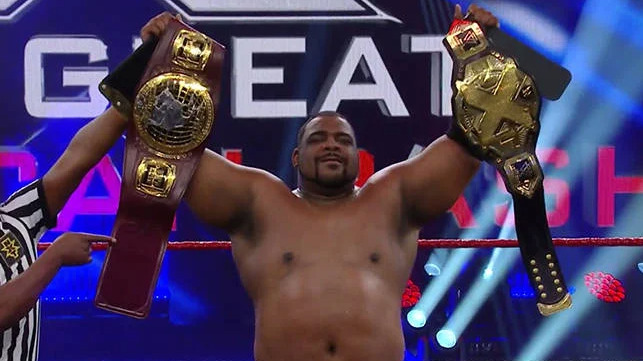 WWE NXT Superstar Keith Lee recently did an interview with Sports Illustrated where he discussed winning the NXT Championship, finding his identity, Roman Reigns helping his career and much more.

Keith Lee on what he was thinking when he hit his finish:

“In that moment, I was on another level. Everything in my body hurt, but that was when I was hit with the realization that it was set in stone, that I did it.”

Keith Lee on finding his identity in NXT:

“The beginning was tough. I thought the company wanted something else from me. The entire time, they wanted me to be myself. The one person who really helped me work through all of that was [WWE trainer] Terry Taylor. I thought I was doing something wrong, but Terry Taylor was the one that kept reminding me who I was. When I was filled with doubt, he kept me together. If it wasn’t for him, I don’t know what would have happened for me in this company.“

Keith Lee on being a force of representation as NXT Champion:

“I want to be the representation for African American people, to have someone that looks like them and represents them on the top stage and has top caliber matches. But I also want the world to understand that if you work hard, you can fight your way to this position. This is a position no one saw me in a year ago. I also want to be the representation that bridges the gap. I don’t want people to think I’m special because I’m African American. I want to be a guy, globally, that people can look at and say, ‘That’s our limitless champion.’”

Keith Lee on the match being a tribute to trainer “Killer” Tim Brooks:

“That match was a battle worthy of him. I am so proud to make him right. He told me I would be something special. I grinded for 15-and-half years to prove him right.”

“Roman doesn’t get enough credit for what he means to this sport. And he went above-and-beyond to make that moment. The simple gesture of our fist bump, he turned that into magic. That was the start of something very special for me. He is such a superstar that he made that moment overshadow everything else that happened in that match, and I won’t forget it.”

Keith Lee on what’s next for him:

“I need to take a breath and take everything in, then I’ll start to formulate my next move,” said Lee. “We’ll see what happens. If they want me to start by defending both championships, hell, you know I’m up for that.”