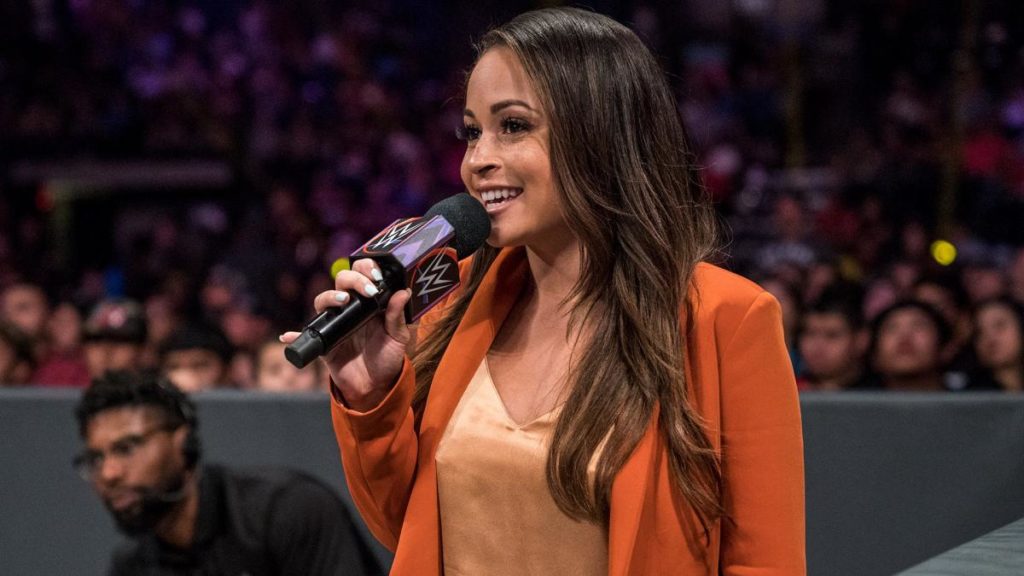 As we previously reported last month, WWE announcer Kayla Braxton announced that she had tested positive for COVID-19 twice, after first getting it in March.

Kayla Braxton wrote at the time:

“Was keeping it quiet but since everyone else is sharing, I feel like it is my responsibility to share this PSA: YOU CAN GET COVID-19 MORE THAN ONCE! I had it back in early March and then thought I was invincible after I recovered. Not true. Dont be dumb like me.”

In a recent post to Twitter, Braxton explains how she ended up getting the virus twice and also spoke about being bullied online after announcing that she had tested positive.

“Setting the record straight because some of you have been super unkind: I tested positive for covid late March. I notified my company and I left and quarantined for 4 weeks. I then was released and tested negative. I still wore a mask and took all necessary precautions but the once again, I tested positive a month later. This time I had no symptoms but still, I left work and self quarantined for 14 days. Last night you were all tweeting super insensitive things regarding my health. A couple of you even said you thought I had died and maybe that woulda been for the best. Guys. This isn’t okay.

When I said don’t be stupid like me I meant, don’t make the same mistake by thinking you can’t test positive twice. I did everything I could. And this can happen to you. Moral to the story is: stop bullying people online, especially for something that concerns health. It’s so gross and you should be embarrassed. Let’s all be better. This is a hard time for everyone and we’re experiencing a state of the world we’ve never experienced before. Build each other up. Help people. Just be good to people. And to all of you who have lent your support, I’ve seen you. And thank you. We need more people like you.”