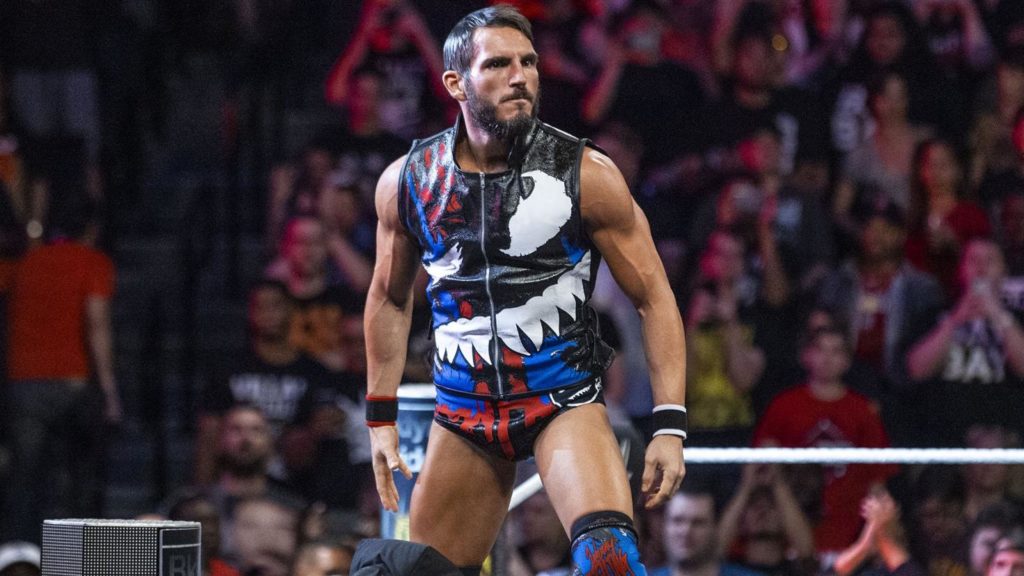 WWE NXT Superstar Johnny Gargano recently did an interview with TV Insider where he discussed his heel turn in NXT, being able to work closely with his wife Candice LeRae and much more.

Johnny Gargano on his heel turn:

“It’s been very interesting. It’s something I’ve been very excited about doing for a very long time. I think with everything if you do something for so long it doesn’t get boring. But you kind of lose that creative luster. You kind of lose that spark. So having this new character and new dynamic is something I’ve really been looking forward to. I’ve put a lot of thought into it for a while. I believe it was likened to if Luke Skywalker actually shook the Emperor’s hand and joined the dark side. It’s actually a great analogy, made by Triple H by the way. You wouldn’t think he would make a nerdy Star Wars reference, but good on him. It’s something new. It’s something fresh. It gives me a whole new canvas to paint on. And as a performer and creative person and artist, it’s something I’m looking forward to.”

Johnny Gargano on if the lack of fans made the heel turn easier:

“I think it’s way different honestly. Just for the fact you don’t get that instant reaction. You’re not really sure if things are working or not. You’re doing things where you’re not sure going back through the curtain if something is working really well. It’s hard to know. With this platform and no fans, you can kind of play around a bit and try things out. There is not the risk of a crowd turning or the crowd liking something. The professional wrestler in me can’t wait to have this character in front of a crowd. I never got the opportunity as this character to cut a promo in front of a crowd. That’s something I’m really looking forward to because it’s a whole different dynamic to be able to talk in front of a live audience and get those initial reactions. For me, who has been a good guy for so long, I’m just chomping at the bit to get in front of people to be honest with you. ”

“It has been something we’ve talked about for a while. We’re always kind of paired together, but not really. We kind of had on the indies a little bit, but we were never officially together as an act. I feel like now we’re getting that chance. Just from the real side of things, the fact is eventually we are going to have a child whenever that may be. When it happens, unfortunately the way things work out Candice would not be able to wrestle while she is pregnant. That’s just the way things go. You see what happened with Becky [Lynch] and women in general. I would love if I could get pregnant. Candice could keep wrestling and I’d stay home and it’d be great. The fact is Candice won’t be able to wrestle for that time period. In all honesty, when Candice becomes a mom she isn’t even sure if she would come back. We’ve discussed this. So we wanted to take the opportunity while we had it to work together, to have one final go for both of us as an act. We wanted to be together side-by-side because who knows if we’re going to again.”

Johnny Gargano on the ‘Dinner at the Garganos’ segment:

“It was fun to be able to brand something as our thing. It was pitched as a promo on the couch at our house. Me and Candice thought we could make this more. I think we can make this a little bit bigger. It was a celebration. We were coming off “One Final Beat” where we had a successful night defeating Tommaso Ciampa. Candice brought up that maybe we should have a dinner. That turned into having the cup on the table. That turned into the guy Dustin who edited the dinner scene to switch the dynamic from color to black and white. It brought a different dynamic because for our characters we are the consummate good guys. You look at us and we’re kind of like the all American couple. We are the quintessential family. We are nice people, but I think even nice people have skeletons in the closet and do have a dark side. I think that switch gave the audience a look into that part of our personas.”

Johnny Gargano on how the brand has performed since going to NXT:

“It’s so hard to say right now because the world is so different. The world is so different now than when the show started. The biggest thing about NXT was the environment. The atmosphere. When we had the TakeOvers, you had the electricity of the crowd. You go to Full Sail and see the crowd going nuts. It’s a crazy environment. So when you strip that from professional wrestling—what makes wrestling so amazing, that environment—I think as wrestlers and as a brand now is our chance to try different things out and see what works and see what doesn’t work. Everything is not going to be a home run. Some things may suck. Some things may be great. You just don’t know. I think that is kind of where we’re at as far as wrestling is as a whole right now. Just because you take that factor of a crowd out and it changes everything.”