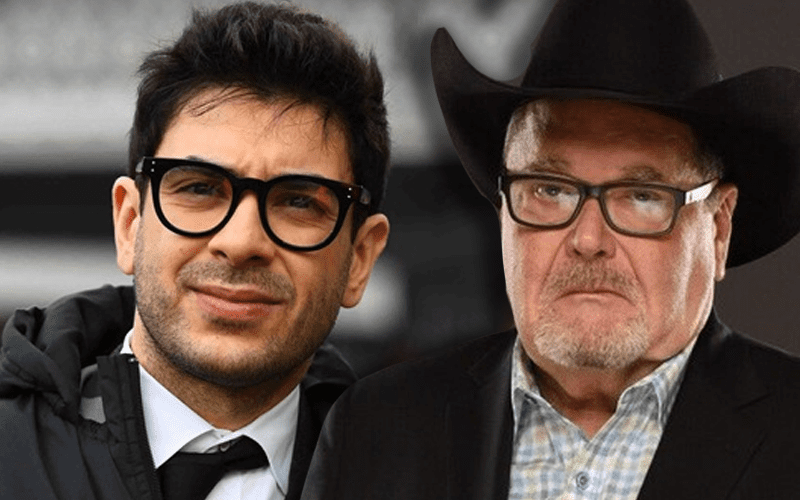 WWE Hall of Famer and current AEW announcer, Jim Ross recently had an interview with Jeffrey Harris of the 411 Wrestling Interviews Podcast, where he discussed several topics including his thoughts on first meeting Tony Khan, when negotiations first started, his new memoir Under the Black Hat: My Life in the WWE and Beyond, thoughts on cinematic matches and much more.

Ross has now been with All Elite Wrestling for over a year (announced April 4th 2019). According to JR, he signed with AEW because he needed to do something, be active, and also agreed with Khan’s vision for the wrestling industry.

Check out the highlights and full podcast below:

“First time I met Tony Khan and we got to talking. That was the weekend that AXS TV was doing the Long Beach New Japan Weekend, Saturday and Sunday shows. Tony was there as a fan and I was introduced to him by our mutual friend Alex Marvez, the esteemed NFL writer and broadcaster on Sirius XM. And so we hung out that weekend. I knew then that I’d met a very special person as far as the history of wrestling, the respect for wrestling, and he loved pro wrestling. He didn’t say he was a big fan, he didn’t say yay or nay but I took — he was not a major fan of scripted promos-type thing or too much entertainment. Not enough steak, too much sizzle. But little did I know that his goal was to create his own company.”

Jim Ross on when talks began with Tony Khan:

“So nonetheless, when he reached out to my agent Barry Bloom in, I guess it was probably the early part of 2019. That’s when we started. I was excited about rejoining him. I was excited about connecting with Tony. And then I met with him, and we talked about what he wanted, and what his visions were and they matched mine. He wanted a sports-oriented presentation of believable pro wrestling. Not sports entertainment — believable, athletically-based pro wrestling. And so then he worked out a deal very quickly with my agent, and all of a sudden I was on the team. Never regret[ted it], I knew it was a new adventure for me and I needed to get working. I needed to be active. Not because I needed the payday to go to the grocery store; because I was going crazy sitting at home in an empty house as an empty nester and it was a lot more energy that I perceived, more fuel in my tank. So Tony Khan came along at the exact right time in my life.”

Previous The Undertaker On Boneyard Match At WrestleMania 36, Cinematic Matches In WWE, His Unholy Trinity Comment, More
Next Will Ospreay On Possibility of NJPW and AEW Working Together, Who He Would Want to Work With