Jim Cornette On WWE Being Labeled an ‘Essential Business,’ Right Time For Talent to Unionize 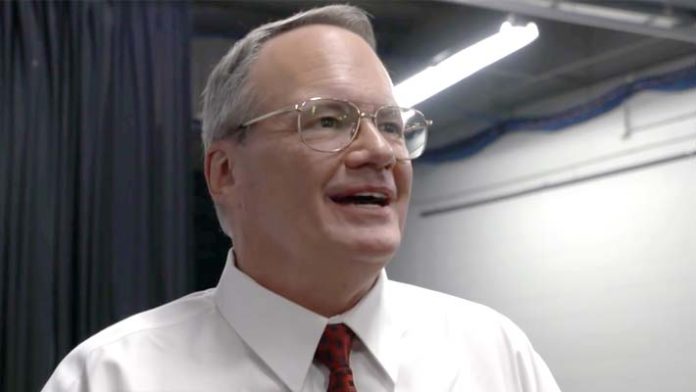 On the latest episode of the Jim Cornette Experience, Cornette talked about a few different topics including WWE being named an ‘essential business’ by Florida’s Governor, Jerry Lawler attending tapings, WWE Changing their plans and now going live every week, the perfect time for the talent to become unionized, and much more

Jim Cornette on WWE being considered an “essential business” to Florida:

“Well what — it’s important to the local economy if they were having WrestleMania, but how is a f**king closed set gonna make a massive impact on the f**king local economy? It’s bulls**t. He got the money, he’s gotta come across with the f**king goods, and they have to make it look good. But no, the WWE is not — if the NFL is not essential, then how is the WWE essential? And if they said, ‘Well, we’ve gotta continue to provide programming for the people that are closed up,’ doesn’t every other program that’s closed down or shut down, isn’t that why I’m watching f**king reruns of Thunder Over Louisville this weekend from four years ago?”

Jim Cornette on whether it’s just so WWE can keep its TV contracts:

“Yes. That seems like that’s the essential part of it. It’s not — you know, I’m sure this is not gonna cause a god damned pandemic outbreak that’s gonna cripple the state of Florida any more than it already is. But still, it just — the golden rule. Them with the gold makes the rules. If you’re determined to do something, you can find somebody somewhere that will take something to let you do it.”

“I know he doesn’t particularly put anything over or stress about anything, but he’s had a fatal heart attack and he’s 70. And he’s flying around where he tweeted a picture of him with a mask on and flying around. ‘The airport’s empty.’ No s**t! I can believe they wanna bring him in, I don’t know why he’d wanna f**king go.”

Jim Cornette on changing the original plan to now going live every week:

“I’ve said before — I’m an old promoter, and the old show business adage, ‘the show must go on.’ They were going to bring everybody to Florida, tape a bunch of s**t for like weeks and weeks, and then send everybody home. And I can buy that. One trip down there, do the best you can, one trip back and you’re f**king done for however long. And then he changed his mind, actually when they were already in Florida. Was it that close? He said, ‘No, we’re gonna go live every week. Going back and forth to Florida every week from wherever you f**king live, no! That’s bull. If I heard that, I’d be, ‘What the f**k?’ That’s ridiculous.

Jim Cornette on the perfect time for wrestlers to unionize:

“But, there’s still speculation. Are they afeared that the TV networks might use this as a loophole to f**king reduce or cut their deal that they’re not doing live shows because it’s specified in the contract. I keep hearing that. But to what you said, if that’s the case and they’re going live to make sure that the networks do not have a problem with their deal or try to jack it around, then this is the perfect time for the wrestlers. Because not just the guys on Raw or the guys on Smackdown, or the guys on NXT but everybody. If everybody got together. Even if they did have a Hogan or an Austin that wouldn’t join in, if everybody got together and said, ‘We are going to protest, we’re gonna hire legal representation. There’s a pandemic, people are being told to stay home. People have underlying health conditions, people in your family, whatever the f**k and you want us to go back and forth across the country to Florida every [week].’ The ones he didn’t fire, we’ll get to that in a minute. ‘Fuck you, we want a union!’ And if they all just said, ‘We’re not doing s**t until we’ve got a union,’ what would they f**king do? If everybody across all their brands and everybody on the roster together said, ‘We’re not going to f**king do this.’ ”

“They gonna fire everybody and bring in a bunch of f**king guys from every other — so many guys are signed to contracts for other companies, even if they’re bulls**t contracts in some cases. It would take forever to sort that out. It would be like the Atlanta office [of the NWA] was the day after they figured out that Ann Gunkel [of All-South Championship Wrestling] had stolen all the talent. They had to call people in from every territory that was friendly to them. Now there are none. There are no territories that are friendly to the WWE, except for the f**king — the territories of the companies that they already own or work with.

“And if all those guys together said, ‘No, all the other guys are under contract,’ they’ve got no shows. No taped shows, no live shows, no no kind of shows. And how babyface would the wrestlers be if they blamed the pandemic for having to, or cited the pandemic and blamed the WWE’s insistence on those independent contractors risking their necks to go back and forth to Florida, et cetera. They’d be so babyface in the f**king news, my god. They should go ahead and do something for the talent now, just recognizing that f**king threat. But they probably figure, and rightfully so, that guys will never stick together. They’ll never put up a united front, and a bunch of these guys wanna be on TV so bad, they’ll do whatever.”

Previous Rob Gronkowski May Return to NFL, Traded to Buccaneers from Patriots for 4th-Round Pick
Next Jim Ross Says The Rock Would Win If He Ran For President of the United States