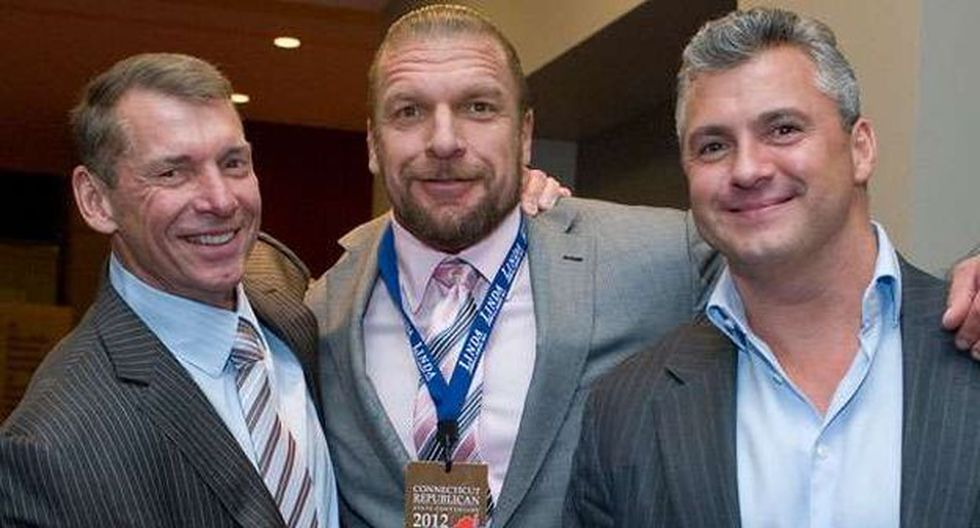 Jim Cornette recently discussed why Triple H will take over WWE, and not Shane McMahon. On his podcast Cornette’s Drive-Thru, he says that Shane just doesn’t have the wrestling mind to take over WWE. Cornette also talks about how WWE stock would crash if Bruce Prichard would take over.

Jim Cornette on Shane McMahon not having the wrestling mind to take over WWE:

Jim Cornette on why Triple H needs to be the next Vince McMahon:

“When you look at who needs to be the next Vince McMahon, look at Triple H. Whether you like him or not, he’s been a wrestler for fucking 30 years, he’s worked with every top guy, that old line where I said Triple H is the guy that works with the guy that draws you money, well he worked with every single guy that drew Vince money for the last 20 years. He’s a student of the business as they say. He obviously has gotten the fucking political part done pat and knows how to work with talent, talk to talent, and get talent to do things. He’s the closest thing to the next Vince McMahon to suggest that Stephanie should suddenly take over just because she’s his biological daughter is ridiculous.”

Jim Cornette on how nobody from outside of WWE could take over for Vince McMahon:

“I don’t even care if you’ve been in wrestling or worked in wrestling for any other company, even New Japan, I won’t even say AEW, that’d be ridiculous at this stage in the game, I think everyone realizes, it’s not like they have a several story tower with hundreds and hundreds of employees in AEW. Unless you have worked in the WWE system, the company, and know how it works, and the various fucking satellite offices and the Performance Center and who does what in that company, you’re not ready to do anything at a high level in the WWE. It’s a whole other world.”

Jim Cornette on how WWE stock would crash if someone like Bruce Prichard took over for Vince McMahon:

“You want to see the fucking stock market crash, hey, Bruce Prichard, Vince is dead, Bruce is the new CEO or head guy or whatever, fucking people would have whiplash turning their head to sell their fucking stock. And nobody on the company side could possibly run the wrestling and nobody on the wrestling side could possibly understand the complexities of that company, the business end.”

Jim Cornette on how Triple H’s role as head of NXT will lead to all the main roster talent being loyal to him:

“He’s got the program that is universally praised if any of them under the WWE umbrella are for being the best wrestling program. He’s had a hand in fostering all the new talent so all of them that are brought up to the main roster are all gonna be pretty much loyal or beholden to him, he’s helped them in some way, and as that turnover becomes complete, he’ll have been responsible for filling the whole fucking talent roster. So he’s got the boys. He’s got the fans that like the wrestling program.”