Breaking News
Home / WWE / Jim Cornette On Steve Austin Refusing To Work With Jeff Jarrett, How Much Jarrett Got Paid To Lose To Chyna

Jim Cornette On Steve Austin Refusing To Work With Jeff Jarrett, How Much Jarrett Got Paid To Lose To Chyna 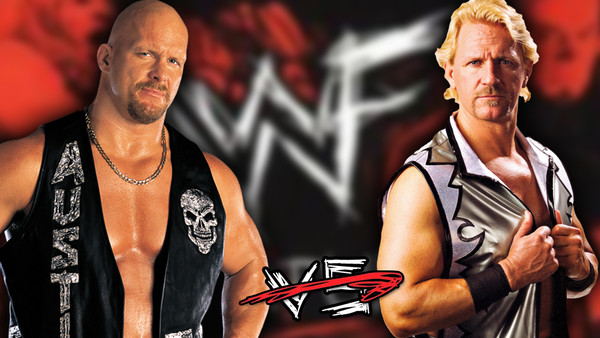 During his recent podcast, Jim Cornette discussed the time Stone Cold Steve Austin refused to work with Jeff Jarrett back in 1997, after Jarrett made his return to the company. According to Cornette, Austin felt that Jarrett was not a top star, and not in his level.

Jim Cornette on Vince Russo planning to have Jeff Jarrett return to WWE to feud with Steve Austin:

“I do indeed recollect this. That’s back when [Vince] Russo had ingratiated himself with Jeff. And I don’t know how they ever actually became friends because Jeff is everything ****stain hates: old-fashioned wrestling; southern with an accent; blah blah blah. And at first, basically, the way I understand is that Russo had somehow convinced Jeff that he should come back, sign that big contract, and that he’d be in the title picture. Wasn’t it one of those deals where at that point, the guy comes in — like they did with Owen [Hart] one time, they did it with a number of people. When X-Pac came back, they have one big in-ring interview, where he says, ‘This is all real, and s***’s gonna change, and I’m the f***ing guy!’ And then it just peters out like a wet Fourth of July firecracker. That’s another hallmark of ***stain’s style of booking. You remember those big debuts, right? Where this is real and everything’s different.”

“So Jeff came and was convinced by ****stain, yes, he’s going to have this big main event run and blah blah blah. And Steve Austin was still mad because when he worked in Memphis in 1989, and he was making f***ing $250 a week and eating baked potatoes because he couldn’t afford anything else. And he also didn’t think, and to be quite honest, at that time he was correct — he didn’t think that people would buy it or that Jeff was at his level. Not at his level as a worker because Jeff actually — that’s the one thing nobody has ever been able to say, he had the best matches in TNA from start to finish. Every great match that TNA had had Jeff Jarrett in it because he knew what the f*** he was doing. But he had been presented as a midcard clown with the f***ing lip-syncing gimmick in 94-95. Then was before or after he had done the job for Chyna? [Before] Yes, you see this all ties together.”

Jim Cornette on why Steve Austin didn’t want to work with Jeff Jarrett:

“Steve Austin was thinking about the underneath guy, the undercard guy, the lip-syncing guy that’s been presented there beforehand. Whatever he’d done in WCW, I didn’t pay that close attention. But he wasn’t the god damn champion because Russo’s got this wild hair, he’s going to come in and with no f***ing build he’s going to just work with the hottest guy in the f***ing business. Austin said the same thing about Marc Mero after Mero got powerbombed on pay-per-view by Sable. Nope. Not gonna happen. Because Steve Austin knew he was the hottest guy in the business and knew how to take care of that until unfortunately, he was swayed into hugging Vince McMahon on pay-per-view, and nobody ever recovered. So, it was more of Russo having these things he f***ing that thinks is gonna be great. So then, they had Jeff signed. Now, Jeff has that run, where instead of having a big run with Steve Austin like he thought he was going to have, remember he ended up being managed by Debra McMichael and whatever the f*** else they did?”

Jim Cornette on Jeff Jarrett getting the last laugh on WWE before he left back in 1999:

So, and I love this, and he told me this story himself. And I loved it. Two years later, when that contract that they asked him to sign under these pretenses, and then he was presented as whatever the f*** for the following two years. They let his contract expire three days or two days before the pay-per-view, where he is supposed to drop the [Intercontinental] title. And Jeff has never had a problem dropping a belt. They wanted him to drop it to Chyna on pay-per-view. They wanted this guy who signed a two-year-deal, promised a run with Steve Austin, is now the Intercontinental champion, and they want him to get beat by a girl on pay-per-view. And this was before — this was when that was the same thing as, ‘Here. Squat down, so it’s easier for me to s*** in your mouth.’ That would’ve been the same response as we’re going to let a girl beat you on pay-per-view. So, when JR came to him with it that day, he said, ‘JR, I’ll do it for $100,000. That’s what I’ll do it for.’ And then he said he walked off. And he walked around the building, this is what Jeff said, and he said he came back up to JR. He said, ‘JR, make it two [$200,000]. I’ll do a job on pay-per-view and drop this belt to Chyna. Gimme $200,000.’ And that’s what they gave him.”

“I love that when s*** like that [happens] because what the f***?! You should’ve taken the belt off the guy before his contract was up, and then you’re going to ask a guy who was still considering his full-time occupation as being in the wrestling business, to do a job for the biggest company in the world on pay-per-view for a woman. So they pay $200,000 for that to get their belt back. And that’s why Jeff Jarrett has never worked for the WWF again well until, f***ing he never wrestled for them again, and now he’s back up there! He’s working for them again as an agent, so he can tell all the other people, ‘Don’t get beat by women unless they pay you $200,000!’”