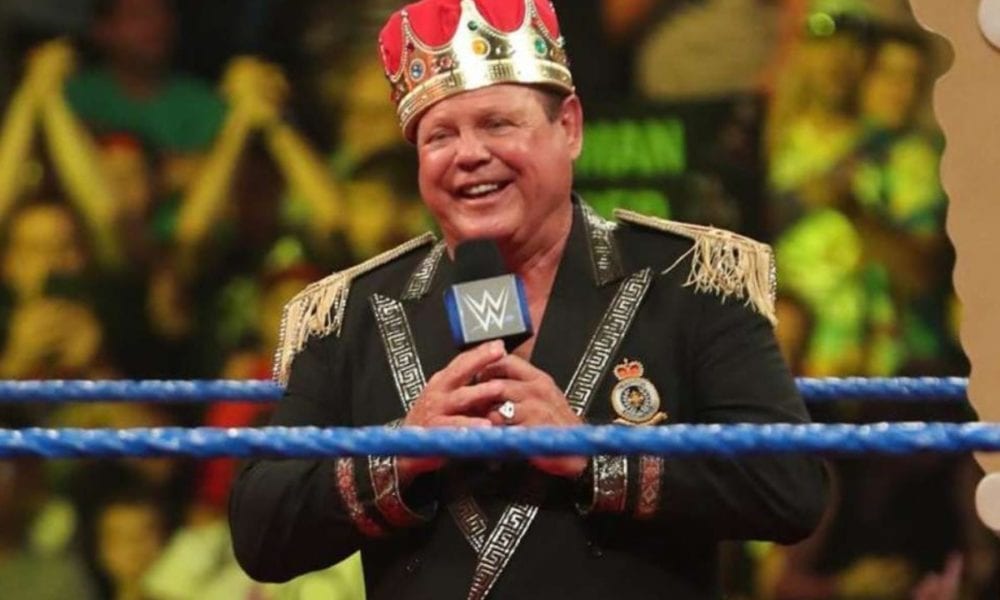 WWE Hall of Famer and current WWE announcer Jerry “The King” Lawler is getting some criticism after last night’s WWE RAW, which actually has him trending on Twitter. Why? Well, he referred a spot between Austin Theory and Akira Tozawa as a “Ramen Noodle Moonsault.”

After a diving senton by Tozawa, Lawler said,

“Just a casual reminder that being a racist is not ok. Thanks for listening to my Ted talk. Have a great night.”

Just a casual reminder that being a racist is not ok. Thanks for listening to my Ted talk. Have a great night.

Jerry Lawler, who is 70 years old, has continued to work from home as a live broadcaster for Monday Night Raw during the COVID-19 pandemic.

Previous Florida Governor Deemed WWE An Essential Business
Next Bruce Prichard On Sunny & Paul Bearer Not Getting Along, The Undertaker Getting Pranked With Pickles & Cucumbers, More