Breaking News
Home / WWE / Jake Roberts On His Theory Behind the Montreal Screwjob, Tension Between Shawn Michaels and Bret Hart

Jake Roberts On His Theory Behind the Montreal Screwjob, Tension Between Shawn Michaels and Bret Hart 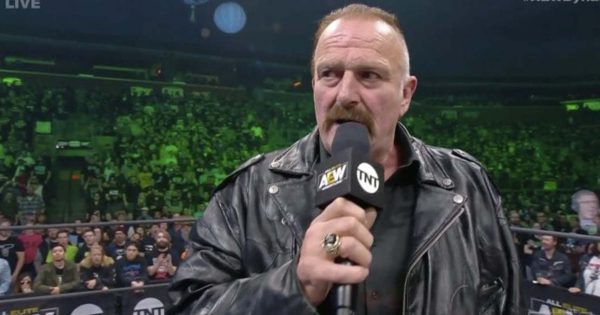 Recently WWE Hall of Famer, and current AEW talent, Jake “The Snake” Roberts sat down for an interview with FlipDaScript to talk about many things, but one thing that has received some attention is his theory on the Montreal Screwjob. According to Roberts the tension between Shawn Michaels and Bret Hart developed from both of them sleeping with Tammy Lynn Sytch, who was “Sunny” during her time with the WWF/WWE. We have included a few highlights and the full video interview below.

Jake Roberts on what developed the tension between Shawn Michaels and Bret Hart:

Jake Roberts on why Vince McMahon had to negotiate with Shawn Michaels and Bret Hart:

“I used to be writing Vince’s TV for him, right, and this was during that era, and he’d say, ‘I gotta talk to those guys about 10:30.’ He would get on the phone and talk to the both of those fools for two and three hours, begging them to wrestle each other, trying to con them into wrestling each other. ‘Well, if I want to wrestle that son of a bitch, I want this and I want that.’ He had to play them and kiss their ass just to get them in the ring together. Now let me ask you this, if you’re paying a man, it’s your company, right, and you tell that man, ‘Hey, listen man, I’m paying you X amount of dollars, I want you to go out there and lose tonight.’ Do you have a problem with that? They did. Because of the pussy, neither one of them wanted to lose to the other one, because they felt like the winner was gonna get the pussy, I don’t know, man.”

Previous Steve Austin On WrestleMania Matches With The Rock, WWE Continuing With WrestleMania 36, Plus More
Next Impact Wrestling Results & Highlights 3/31/20