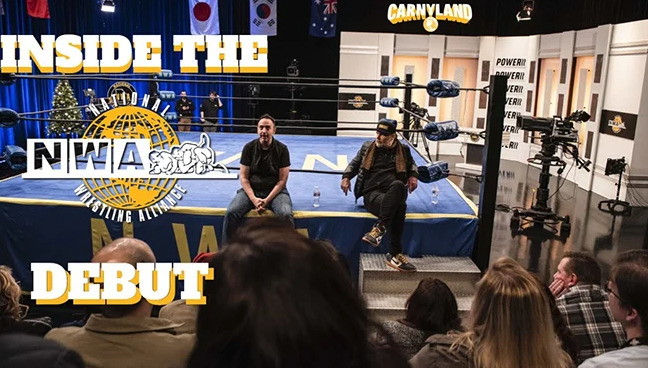 A new show called “Inside the NWA” debuted last night and it featured Dava Lagana & Billy Corgan. You can check out the video below.

NWA released this statement on the new show:

With the successful launch of Carnyland, the National Wrestling Alliance is proud to give the debut episode of Inside The NWA featuring an exclusive interview with NWA President William Patrick Corgan and NWA Vice-President David Lagana conducted by Joe Galli.

In this nearly 55 minute interview, Corgan and Lagana talk about where the National Wrestling Alliance now sits with the ongoing global pandemic, the decision to launch #Carnyland, the status of #NWAPowerrr, their thoughts on who in the locker room, where Carnyland came from, where they sit in the pro wrestling landscape, what the future looks like for the NWA and so much more.

This show, Inside The NWA, will be weekly here on YouTube.com/NWA with commercials. An expanded edition of the program without commercials will be made available at http://www.Patreon.com/carnyland. Visit the link to find out what other great benefits you get from supporting us in Carnyland.