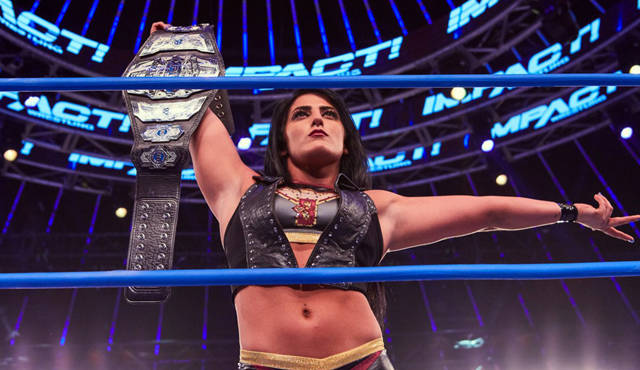 Impact Wrestling has stripped Tessa Blanchard of the Impact World Championship and has officially terminated her contract.

Impact Wrestling has released a statement which you can see below.

Blanchard has not competed for Impact Wrestling since the COVID-19 pandemic started. She was scheduled to return to the promotion on Slammiversary in Nashville, where she was supposed to defend against four challengers, Ace Austin, Trey Miguel, Eddie Edwards, and a fourth competitor who was supposed to be Michael Elgin, but is now suspended.

The relationship between Impact and Blanchard has been a bit icy lately. Blanchard was supposed to send promos to the company for the June 1st Episode of Impact on AXS. When the promotion didn’t receive the material they had to re-edit the episode.

According to sources, attempts were made to get Blanchard to return to the company to drop the championship, but unfortunately they were not able to come to terms. Blanchard’s contract was scheduled to expire before the PPV, but the company was still hoping she would make a final appearance. When it became obvious to the company that she was not going to show up they decided to move on.

Blanchard who is 24 years old is the daughter of wrestling legend Tully Blanchard who is currently working for AEW. She is also the step-daughter of Magnum TA. After debuting for Impact in 2018, she took the women division by storm becoming Knockouts Champion and eventually captured the World Impact Championship defeated Sami Callihan at the Hard To Kill PPV.

Previous Viktor On His WWE Release, Shares Story of Jon Moxley Being Frustrated Backstage
Next Sonya Deville Says She Will Be as Big As Charlotte Flair Given the Same Chances