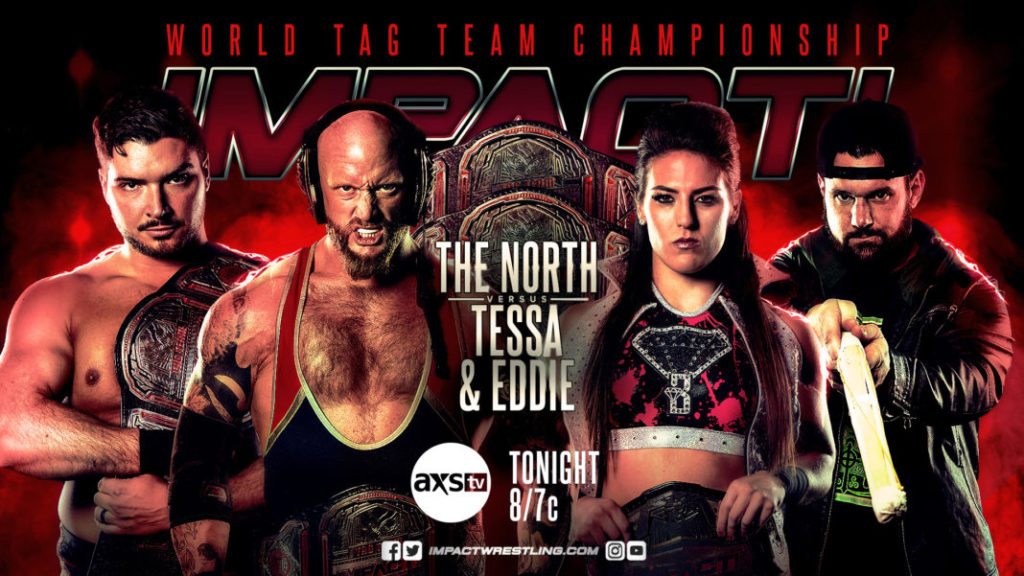 IMPACT! comes to you from Atlanta, Georgia and aired both on AXS TV and Impact Wrestling’s Twitch Channel. Tonight’s main event featured a match between The North who would be defending their IMPACT Tag Team Championships against Eddie Edwards and Tessa Blanchard. If you missed it, don’t worry as we have all the results and highlights below.