IMPACT Wrestling & MVStv out of Mexico recently issued the following announcement regarding their new television partnership:

IMPACT Wrestling, a subsidiary of Anthem Sports & Entertainment Corp., announced today that it has renewed its broadcast deal for Mexico with Mexico City-based MVS Comunicaciones MVStv.

IMPACT Wrestling, a subsidiary of Anthem Sports & Entertainment Corp., announced today that it has renewed its broadcast deal for Mexico with Mexico City-based MVS Comunicaciones MVStv.

IMPACT Wrestling launched on MVStv in 2018 and, after a successful start, has now reached a more comprehensive agreement with the Mexico City-based broadcast platform, covering more than 300 hours of IMPACT Wrestling programming, including the flagship weekly show IMPACT!, monthly One Night Only specials and tentpole pay-per-view events such as Slammiversary and Bound For Glory.

“Hot off the heels of a pair of successful events in Mexico City, we are thrilled to extend our partnership with MVStv to broadcast our premier content across Mexico,” said Ed Nordholm, president of IMPACT Wrestling. “We had more than 30 million social media engagements in Latin America across our YouTube, Facebook and Twitter platforms in 2018. We are very pleased that our fans in Mexico will now have an opportunity to see our full lineup of original content.”

Alejandro Vazquez Vela, General Director of Content for MVStv and DISH México, commented: “The weekly IMPACT! show has been very well accepted by our audience and having local wrestling events recorded in Mexico has been a great support for both the channel and the brand. We are happy to continue and expand our collaboration with IMPACT Wrestling.” 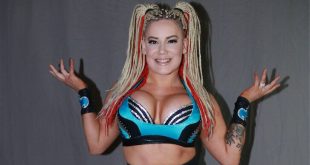