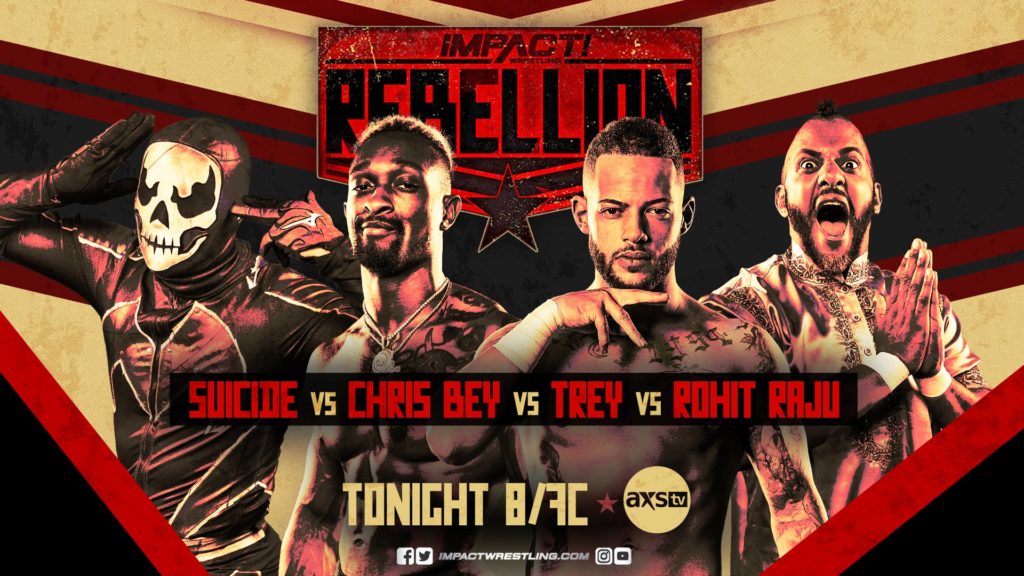 The Second night of Impact Wrestling’s Rebellion aired on both AXS TV and Twitch.

If you missed the show don’t worry as we have all the results and highlights below.