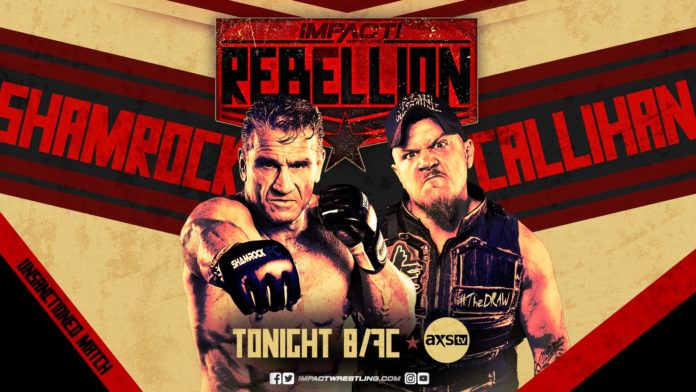 The first night of Impact Wrestling’s Rebellion aired on both AXS TV and Twitch. Rebellion featured an X-Division title match between the champion Ace Austin and Willie Mack and it was headlined by an unsanctioned match between Sami Callihan and Ken Shamrock. If you missed the show don’t worry as we have all the results and highlights below.