Growing up a wrestling fan in the late 90’s and early 2000’s, there was an abundance of colorful characters and outstanding performers. Almost every single WWE Superstar developed their own unique persona that helped the then “Federation” establish themselves as the global leader in Professional Wrestling or Sports Entertainment, if you will. The Rock, Stone Cold, The Undertaker, HBK Shawn Michaels, Triple H, to name a few, dominated the main event picture and were considered by many to be household names. With so much star power crowding the top, it was more than possible to have a few bona fide STARS holding down the fort further down the card. One such superstar hasn’t quite received the recognition this writer thinks he deserved, One of my All-Time favorites, Dustin Rhodes better known as Goldust. As well as being a gifted in ring competitor, The Man behind the Paint was and is an Iconic individual in and out of the squared circle. In this 2-part entry, i’m going to do my best to detail the storied career of arguably the most underrated wrestler of my generation through the highs and the lows showcasing just how inspirational this one of a kind human being has proven to be. 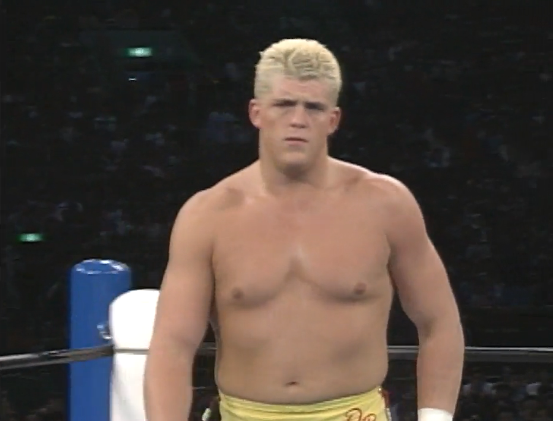 Born in Austin, TX on April 11, 1969, Dustin Patrick Runnels was the first Grandson of a plumber. Being the oldest child of Wrestling Legend and future Hall of Famer, “The American Dream” Dusty Rhodes, professional wrestling was in his blood from the start. It didn’t take long for young Dustin to follow in “The Dream”s footsteps, making his pro wrestling debut at the tender age of just 19 years old. On the 13th of September 1988, Runnels competed for the first time for Championship Wrestling from Florida (CWF) defeating Bob Cook in the process.

Just a few months later in December, Runnels started working for Ted Turner‘s World Championship Wrestling (WCW) under the ring name Dustin Rhodes forming the tag team The Texas Broncos with Kendall Windham before getting a singles opportunity at a TV taping in Atlanta against Trent Knight. Rhodes would last only a few months with Dubya-C-Dubya making his final (initial) appearance with the company on February 24, 1989 with a win over, ironically enough, Trent Knight. Within the next few months, Dusty Rhodes himself would join the re-branded Professional Wrestling Federation (CWF) and his boy, Dustin would defeat Al Perez for the Florida Heavyweight Championship on May 23, 1989. The 20 year old grappler would only hold the championship for around a month.

Brief stops in the USWA and All Japan Pro Wrestling, as Dusty Rhodes Jr, carried Dustin to his first appearance to the World Wrestling Federation in late 1990. On September 21st he competed against Paul Diamond and made his first televised appearance for the company against Ted DiBiase defeating The Million Dollar Man in a ten minute challenge match in a huge upset.

After a brief rivalry, eventually culminating in a Royal Rumble tag team match where Dustin teamed with his father in a losing effort to DiBiase and his sidekick, Virgil, The Rhodes’ left the WWE on January 19, 1991 just under 4 months after his debut.

A few weeks later, Rhodes returned to WCW under the moniker “The Natural” Dustin Rhodes. The Natural began feuding with the likes of WWE Hall of Famer Larry Zbyszko and York Foundation founding member Terrance Taylor before forming a tag team with another Windham. Dustin Rhodes and Barry Windham climbed the tag ranks throughout the year earning a shot at the WCW World Tag Team Champions Arn Anderson and Larry Zbyszko at Clash of the Champions XVII. Unfortunately, Windham was injured prior to the match leaving “The Natural” without a tag partner. In stepped in (or should I say flew in?) the legendary Ricky “The Dragon” Steamboat to join forces with Rhodes as Windham’s replacement. The last minute substitute proved to be effective as The Dragon and The Blue Chipper captured the World Tag Team Championship.

It was a memorable win but the reign didn’t last very long as the duo would drop the belts mid January 1992 to Arn Anderson and Bobby Eaton of The Dangerous Alliance. Reforming his tag team with Barry Windham soon there after, the duo were able to wrestle the Unified WCW and NWA Tag Team Championships away from Dr. Death Steve Williams and Terry Gordy. Holding the straps for a little over two months, Rhodes and Windham lost their titles to the team of Ricky Steamboat and Shane Douglas on the November 18, 1992 Clash of the Champions after Dustin refused to capitalize on an inadvertent low blow to his former partner Steamboat. Infuriated by his partners refusal of a tainted victory over a man he respects, Barry Windham turned on “The Natural” effectively ending their partnership. A must-see match followed by a must-see moment.

Rhodes defended the championship successfully until Rick Rude returned in April. The Ravishing One (not you, Lana) almost immediately challenged the young champion. After a double-pin that caused some controversy, and a 30-min Iron Man match that ended in a 1-1 draw, eventually the title was upheld until the two wrestlers were engaged in a best of three series. After falling behind 1-0, Dustin bounced back to win his 2nd United States Championship on September 11, 1993.

We all remember the infamous ShockMaster moment on “Flair for the Gold,” but how many of us remember that Dustin Rhodes competed in the War Games match alongside The ShockMaster, Sting, Davey Boy Smith, and Vader? After dropping the U.S Title to Steve Austin at Starrcade in a 2 out of 3 match, Dustin Rhodes spent the majority if not the entirety of 1994 feuding with Col. Robert Parker, Bunkhouse Buck and their various villains. Those villains included The Blacktop Bully (Barry Darsow) who competed against Rhodes in the ever insane King of the Road match at Uncensored 1995. I couldn’t begin to describe this match so you’ll have to take a look below for yourselves.

The two warriors battled and knocked their way around the bed of a truck and decided the contest could use a little “color” each at the request of the other ultimately leading to the dismissal of both wrestlers from the company due to the fact that “blading” was against corporate policy in WCW in 1995.

Runnels returned to the WWE in August but Dustin Rhodes was nowhere to be found this time around. In his place, the androgynous, gold bodysuit, gold face-paint clad human Oscar known as *Deep Inhale* GOLDUST. Runnels himself has gone on record claiming to want to distance himself from his fathers shadow and that at first he wasn’t too comfortable with the gimmick once he learned the definition of “androgynous” but decided to go with it anyway. Boy, am I sure glad he did. After weeks of strange vignettes and cinematic references we finally got to see the Golden One in action.

The bizarre one was born. Goldust came into the WWF guns blazing picking up his first win against Marty Jannetty at In Your House 4

Sending Bam Bam Bigelow packing led Goldust into his most memorable feud of his early days as the character against Razor Ramon. Throughout the end of 1995, Goldust stalked, teased, and even tried to seduce The Bad Guy. Ultimately, the two settled their differences in a match for Razor’s Intercontinental Championship at Royal Rumble 1996. Due to some interference from the 1-2-3 Kid and the debut of Goldust‘s valet Marlena, The former Natural won his first WWE singles championship. A rematch was slated between the two for WrestleMania XII but Ramon was suspended and was going to miss the event. Rowdy Roddy Piper filled the void in the now infamous Hollywood Backlot Brawl.

Goldust defended his Intercontinental Championship until he was defeated by Ahmed Johnson at King of The Ring that June. Feuds with The Undertaker, Marc Mero, and Hunter Hearst Helmsley followed all doing wonders to propel Goldust up the card. He even received a lesser known WWE Championship match in a losing effort against Shawn Michaels in a ladder match on the iPPV Xperience.

Things were looking pretty good for The Golden One, or were they..? 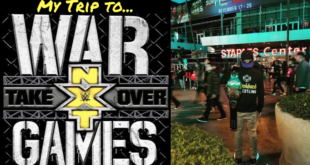 A phoenix rising from the ashes. It’s quite the mental picture right? Has anyone ever …