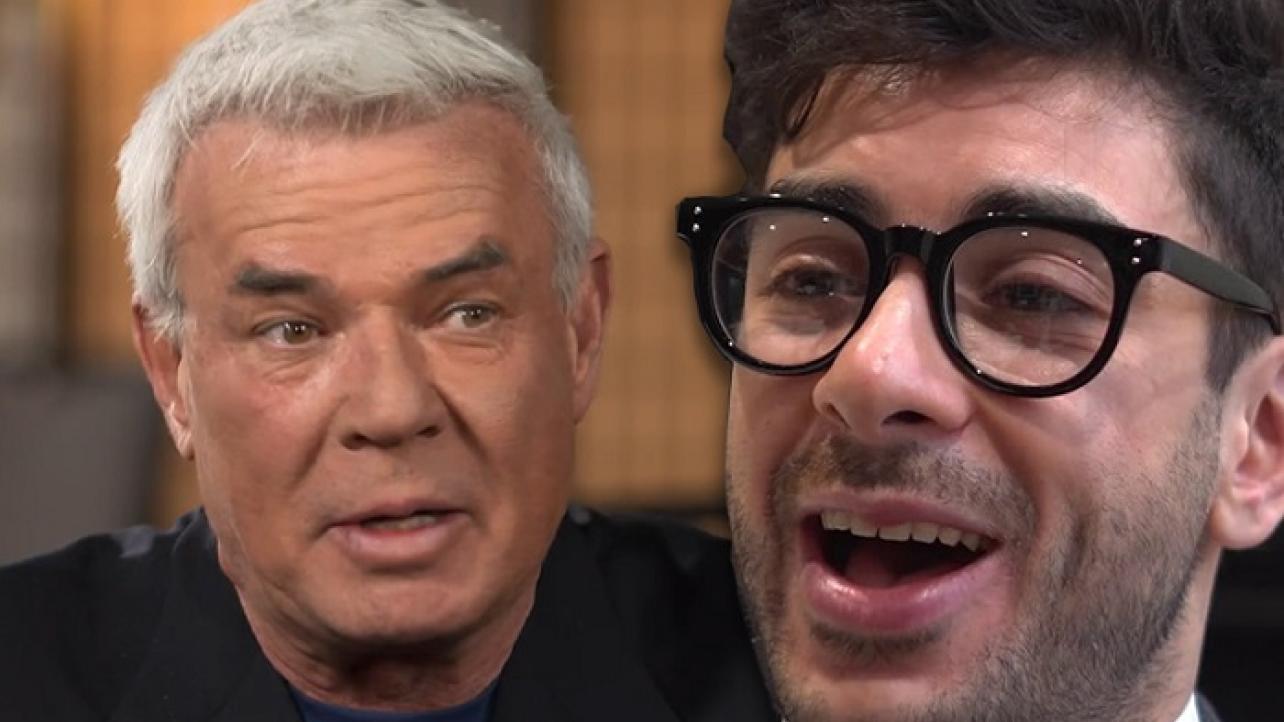 Eric Bischoff recently went on his 83 Weeks podcast to respond to past comments from Tony Khan about how WCW was mismanaged. Khan had mentioned how WCW overpaid talent, advertised false matches, and how he took those examples of what not to do. Bischoff obviously does not agree with Khan and felt that it was silly for Khan to say things like that considering how much AEW had been influenced by WCW Monday Nitro. Bischoff went on to say that AEW has spent over $100 million to compete with a developmental brand like NXT and that fans would be surprised if they knew the truth about how much AEW is paying their talent. We have included the highlights and the whole podcast below.

How Tony Khan and AEW are doing as much of what WCW and Bischoff did as anyone in the industry:

“And you’re still seeing the impact of early Nitro across the board, including in AEW as much as they try to suggest, as Tony Khan did recently that, ‘We’re going to do everything different than Eric Bischoff did.’ Well guess what, MFer, you’re doing about as much of what I did as anybody else in the industry, and I’m not defensive about that, I think it’s just a fact if you look at things objectively. The things we did on Nitro, you’re still seeing today. There are things that changed the nature, the landscape, the entire industry, and I think it’s even fair to say that WWE wouldn’t be the company today had it not been for the pressure, the influence, and frankly the template that we created that they were able to follow and took to the next level.”

How AEW has spent $100 million just to compete with WWE’s developmental territory (NXT):

“I got nothing against Tony, I love AEW, I’m rooting for their success, but I’m referring to an interview that he did awhile back, and I never read it, I didn’t pay any attention to anything in that particular week online because I was traveling, whatever, but I was doing 83 Weeks with Christy Olsen on YouTube last Wednesday and she brought it to my attention and she kind of caught me by surprise with it. To hear Tony Khan kind of dismissing WCW and, I think the suggestion is he’s doing everything the opposite of what WCW did, well good luck with that. So far he’s spent probably, I don’t know, probably a $100 million proving that he can compete with the WWE developmental territory and all of a sudden he thinks he’s Vince McMahon, good luck with that brother. Can’t wait to see how it all turns out. But I’m rooting for you, I really am, I know it sounds like I’m not, but I really am.”

How it’s silly for Khan to act like AEW isn’t influenced by WCW:

“It just seemed like kind of a silly thing to say when you’re naming all your PPVs after WCW PPVs, when your production is all former WCW production, when your staging is pretty much early, low budget Nitro, when your paying huge amounts of money, huge amounts of money, to some of your top stars, more than they’ve ever made in their lives in some cases, including some of the announce talent, guaranteeing those dollars, a lot of the same things WCW had to do when they were trying to establish themselves.”

How fans would be surprised on how much Khan is paying some of AEW’s top talent:

“When you’re following in so many of the footsteps of WCW in so many different ways, that WCW was criticized for by the way, in terms of guaranteed contracts and paying huge sums of money, you know what they are, I know what they are, I’m not going to reveal them here, but I think if the audience knew the amount of money that some of the talent in AEW was making, they’d probably go, ‘Wait a minute, that’s the same kind of thing WCW did when they were trying to establish themselves.’ Great to criticize, easy to criticize, especially when you’ve only been in the wrestling business for a cup of coffee or two, but whatever, like I said, I’m not really, my ass isn’t really all that chapped, but I did take exception to it in a small way.”

What it takes for him to be impressed with Tony Khan:

“When you’re producing 200 shows a year and you’re overseas and your 200 live events a year and you’ve got two primetime television shows that are topping the charts year after year, then I’ll be impressed, but until then, be a little careful about what you criticize. But approaching the business differently, I’m a big fan, a big supporter of that.”