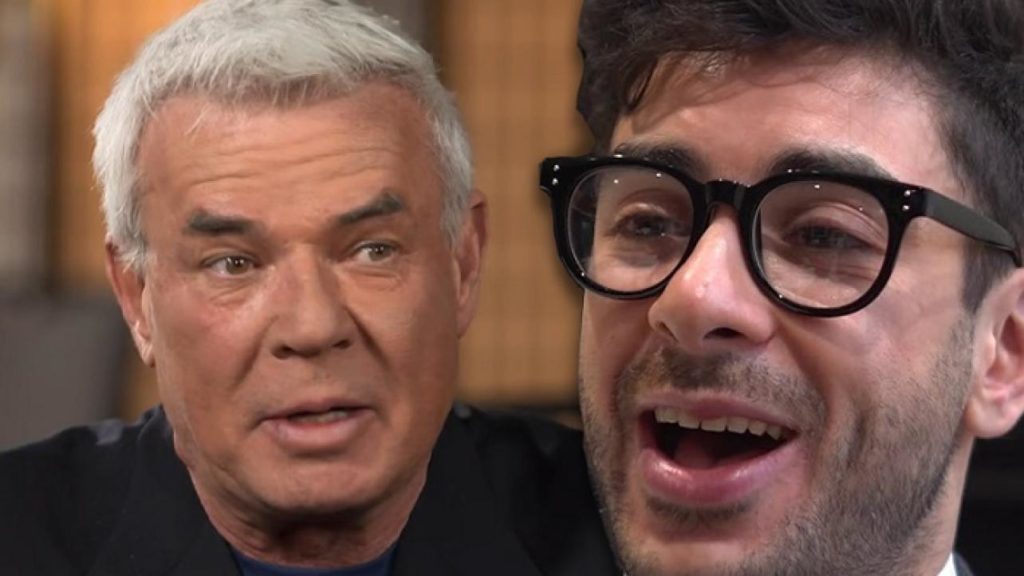 On a special edition of the 83 Weeks podcast, Former Executive Director of SmackDown Eric Bischoff revealed to AEW CEO Tony Khan that he watched the debut of AEW Dynamite with other WWE writers while still working for WWE. He mentioned that what jumped out at him about Dynamite was how they captured the live feeling, and not overproduced.

Eric Bischoff on watching the debut of AEW Dynamite with other WWE writers:

“One of the things that I think has distinguished your show from anybody else’s, even when I was in WWE last year when you guys debuted, I sat and watched both shows side by side, NXT and AEW, and clearly I was working in WWE at the time, and I was actually watching it in the writer’s conference room with a bunch of other writers, and one of the first things I noticed, is that you’re handling your production so much better. When I watch your shows, even under COVID, that was pre-COVID obviously, but even under COVID, the way you’re shooting your show, it’s tighter, your shots tend to be tighter, you embrace your venue instead of trying to camouflage it quite as much.”

Eric Bischoff on how AEW Dynamite feels like live TV:

Previous State of Pennsylvania Moves To Revoke Tammy Sytch’s Parole After Arrest
Next EC3 On Being Released By WWE, Coming Back From Injury, Controlling His Own Narrative & Much More