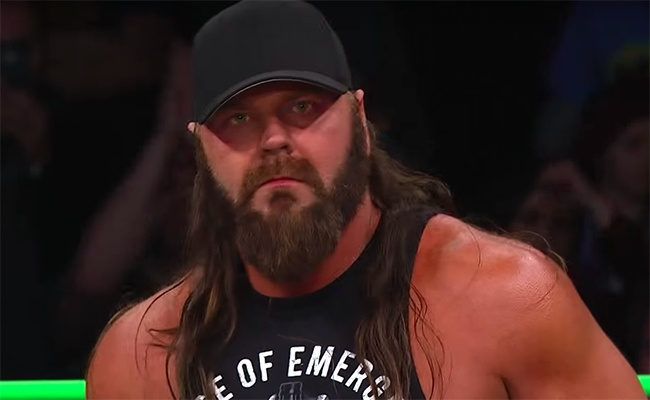 On the latest episode of 83 Weeks, Eric Bischoff gave his thoughts on James Storm. According to Bischoff, Storm was not a fan of putting people over and felt that he didn’t have the determination that he needed to become the star that he should have become.

Bischoff recalls an incident where Storm was hesitant to meet up with  Scott Steiner backstage at a TNA event to talk about Steiner putting him over. This lead to Bischoff having to talk to Steiner about the finish instead of Storm.

Eric Bischoff on how James Storm hated putting other talent over:

“He gets in his own way, he really, really does. I’ve said this before, you go back and watch any James Storm match, anyone, go to the Impact app, watch any James Storm match. You can tell when he makes his entrance what the finish is gonna be. James Storm hates putting anybody over. Now he won’t come out and say it, he won’t do that, he’s artfully passive aggressive about it, so much so that it’s a running joke, or was a running joke, and I like James as a person. He’s probably gonna hear this and A, he’s not gonna agree with it, and B, he’s gonna be pissed off at me for saying it, but so what. Sorry James, it is what it is, gotta lay it out there like I see it, brother. It was a running a joke in TNA while we were there, you’ve heard the term boo boo face, he was the master of the boo boo face. If he was going over, man, he was on fire coming out to that ring, if he knew he was going over. If he knew he was doing a job, you could read it from two miles away.”

“On this particular occasion, we had the show written in such a way that James was going to go over Scott Steiner, we told him early enough in the day, said, ‘OK, you guys go figure it out, come back to me, let me know what you got, we can smarten up the director, David Sahadi, so we can make sure we capture it all,’ and that was kind of the process. And James kept coming up to me throughout the day, ‘Man, Scott doesn’t want to do anything, he doesn’t want to put me over.’ I said, ‘Well, go talk to him, this is the story, go have the conversation with him, this is what we’re doing, tell your agent, don’t bother me with it, it’s not my job, go figure it out.’ And he came back to me like two or three times during the course of the day, to the point where I figured it out, he didn’t want to confront Scott. I’m not going to blame him for that, Scott could be really, really difficult when he was in a certain frame of mind, so I’m not suggesting that James was afraid of, well, he probably was, and he had every right to be, as did most people back then. But for whatever reason, he wasn’t going to sit down with Scott and work it out between the two of them. And I finally got involved and said, ‘Scott, this is what we need.’ He said, ‘I don’t want to do it.’ I said, ‘OK great, we’ll find somebody else to do it.’”

“Like two days later, of course, all of this got back to TNA management, and Scott Steiner got fired. Scott Steiner figured I’m the one that fired him, or he blamed Hulk. Hulk had nothing to do with it, Hulk was putting Scott over at every opportunity at the time, Hulk really liked Scott and saw value in it.”

Eric Bischoff on realizing that James Storm didn’t have the determination he needed:

“I’m not blaming James, but he was involved in it, because he just didn’t have the determination, I’ll use that word, determination, to sit down and say, ‘No, this is what we need to do, this is what’s on the show, let’s figure it out between us and do it in a way that is good for you and good for me and gets the job done.’ James couldn’t do that.”