Breaking News
Home / WWE / Eric Bischoff On Hulk Hogan Turning Down Lead Role In The Wrestler, Didn’t Want to Come Off As Broken Down Wrestler

Eric Bischoff On Hulk Hogan Turning Down Lead Role In The Wrestler, Didn’t Want to Come Off As Broken Down Wrestler 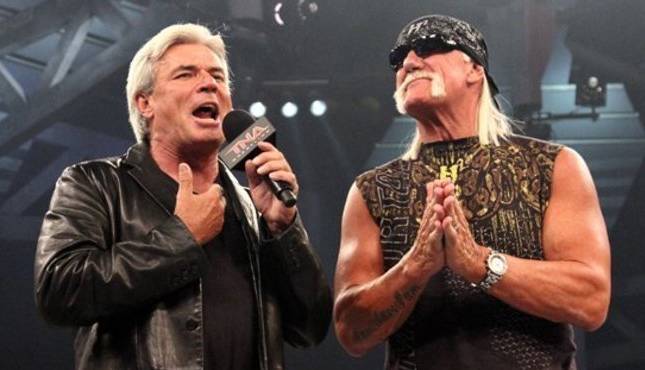 On the latest episode of Eric Bischoff’s podcast, 83  Weeks, he discusses Hulk Hogan being contacted about the lead role for The Wrestler. The movie went on to receive widespread critical acclaim and was even nominated for two Academy Awards. One for Best Actor for Mickey Rourke who played the lead role.

According to Bischoff, Hogan received the script and passed on it because he didn’t want to come off as an old, broken down wrestler.

Eric Bischoff on Hulk Hogan being contacted about the lead role in The Wrestler:

“He had the opportunity. I met with Darren [Aronofsky]. Darren wanted to meet with me in New York about being in the movie as well, so it’s not like, there were a lot of people, Ernest “The Cat” Miller was in the movie, for crying out loud. So Darren reached out to a lot of people in the industry. Early on, did reach out to Hulk.”

Eric Bischoff on difficulty of reading a script and picturing it when you are unaccustomed to movie scripts:

“Unless you’re kind of experienced in it, and you’re used to it, and you’re brain processes a script, a movie script, in a certain way, for people who are unaccustomed to looking at a movie script and have only looked at television formats, you don’t really get the clear picture in your head. You can’t see the scenes the way the writer is really trying to communicate them, because you’re not used to that format. There’s interior, exterior, pan here, I mean, there is a lot of direction within the context of a script that if you’re not used to seeing it, it just distracts you and therefore takes you out of the moment in terms of trying to visualize things.”

Eric Bischoff on how Hulk Hogan didn’t want to play an old, broken down, beat up wrestler:

“So I think Terry probably looked at that script and went, ‘Eh, I am a broken down old, beat up wrestler, I don’t want to play one in a movie.’ He was trying to run away from the reality, not embrace it at that point. So yeah, he did pass on it.”