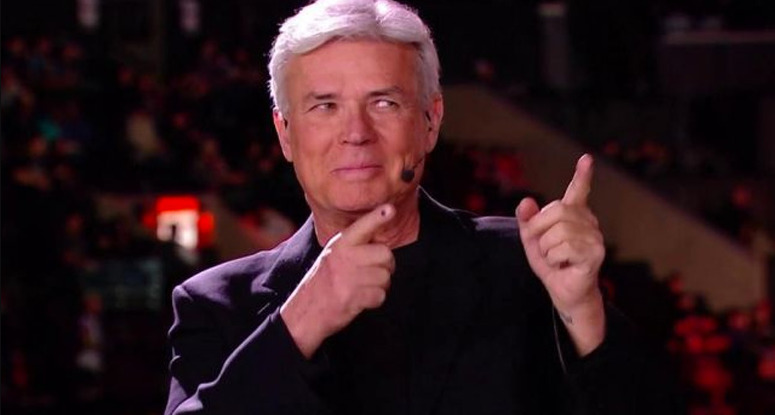 Eric Bischoff was a guest on a recent episode of the After 83 Weeks w/ Christy Olson podcast. The former WWE SmackDown Executive Director was on there to give his thoughts on what some people are calling, ‘Black Wednesday.’

Bischoff talked about why WWE released a big chunk of it’s talent along with some of their backstage employees. He also gave his thoughts on how AEW would react to the situation.

“I mean let’s take a snapshot of reality as it exists today. Where can they [the released talents] go? They could, theoretically at least, go to AEW. But how bloated can that roster get? They don’t do house shows, they don’t tour. They do a pay per view once a month or whatever it is.”

How much talent from AEW is making compared to WCW:

“Nobody’s really talking about it. As opposed to WCW when guys like Dave Meltzer and everybody couldn’t wait to disclose internal information about WCW that was leaked to them by talent. You don’t hear any of that coming out AEW. I have a pretty good idea what some of the talent are making. And, it’s astronomical sums of money compared to what even some of them have ever made at the peak of their careers in WWE or WCW.”

“There’s a substantial talent budget there. It’s a talent budget for a roster that isn’t generating a lot of revenue, other than television. And, of course, pay per view. So how many top talents, how many of those names from WWE can AEW afford to hire? If they bring in three, four, or five or maybe they only bring in one?”

Eric Bischoff on someone AEW should look at:

“That makes sense, one or two of the bigger names, I’m sure, Erick Rowan is a guy that I’d be surprised if they’re not looking at that got released. Super guy by the way I loved working with him in WWE. But there’s a handful of stars that I’m sure WWE or AEW are thinking about right now. But to think that they’re gonna absorb eight or nine or 10 people? It’s not realistic.”