Breaking News
Home / WWE / Edge On How Close He Was With Matt Hardy, Finding Positives In Tense Lita Situation, Relationship With Jeff Hardy

Edge On How Close He Was With Matt Hardy, Finding Positives In Tense Lita Situation, Relationship With Jeff Hardy 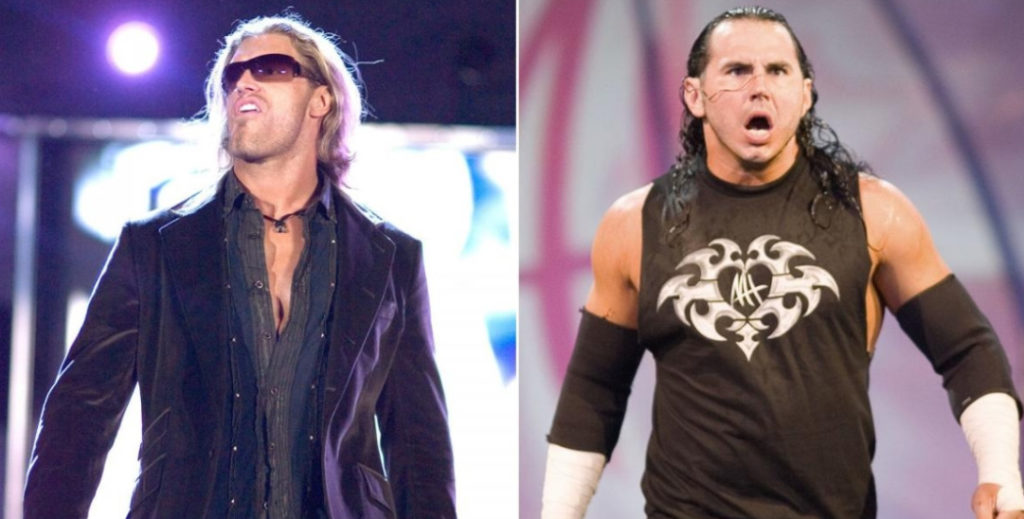 WWE Superstar recently did an interview with Peter Rosenberg, where he discussed his famous storyline with Matt Hardy and Lita, which came into fruition from a real life love triangle between the three. According to Edge, he and Matt here really close at the time. He also mentioned that they were both professionals and were able to work really well together even though they had real life issues.

Edge on how close he and Matt Hardy were:

“Edge and Christian and the Hardys were great buddies, and we would go to Outback after and grab bite to eat and spitball ideas for matches and all those things. We didn’t ride together, it was never that, it was always me and Jay, or me and Lance, but we were obviously close because we made our mark together, so when you do that, you share something that you only share with them and you throw the Dudleys into that mix and we will always share that experience together. After everything went down, I realized, OK, oh gosh, how did I find myself here, what did I do? Now you gotta face up to it.”

Edge on how he and Matt Hardy took a bad situation and found positives in it:

“You gotta be pros, and also, back to my point of finding positives when it doesn’t seem like there are any on the surface, you gotta dig underneath the surface, this was one of those. And you go, OK, we’re here, now what do we do? Well, let’s try to make some money together, and let’s try to further both of our careers out of this, and hopefully out of this, we can not only be stronger performers, but stronger people too, and that usually doesn’t happen within the context of a wrestling storyline. So it’s a little bit more because of that. And I think that’s also, maybe the first instance of people going, oh wait, there is reality in this too, and that’s why it’s remembered. And I think in terms of us kind of splitting off from E&C and the Hardys respectively, I think that one was what set everything in motion going forward, and for Lita as well, because that flipped her entire character on its head and she was able to adapt and take it and run with it when if you had said two years earlier, probably the most popular female in the industry could end up being the most despised, that’s not possible.”

Edge on his relationship with Jeff Hardy while going through his issues with Matt Hardy: “

We went through a period, as I think any brother who would support his brother, but then we came out of it on the backside, and I think when we all realized we ended up in better places anyway, and we all grew from it, it was just a lousy way to do it, but that’s all you can do, that’s life.”