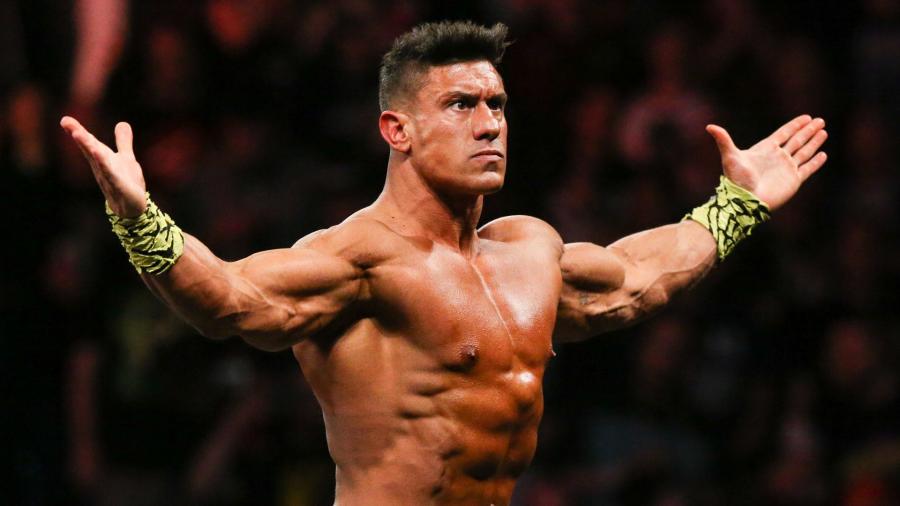 Former Impact Wrestling World Champion, and WWE Superstar EC3 has been training really hard in the gym after being released by WWE.

In a video he posted on Twitter you can see him working out, but if you listen closely you would possibly recognize the song playing in the background. Yes that is Fozzy’s Judas, which is also Chris Jericho’s entrance theme on AEW. Jericho and EC3 have been friends for a while now and were seen together back in February in Orlando.

It definitely seems like EC3 is interested in joining AEW, but we haven’t heard anything from Tony Khan about signing anyone at the moment. Even though AEW is currently saving money by taping shows, they are not selling tickets so their TV contract with TNT is currently their only revenue at this time. That might be a reason why AEW decides not to sign anyone anytime soon. I guess we’ll just have to wait and see.

I trained legs so hard today, I saw God.⁣
His eyes were a flame with fire.⁣
On his head were many crowns.⁣
He was clothed with a vesture, dipped in blood.⁣
⁣I was left with a revelation.⁣
⁣
Only an asshole would wear their own merchandise while they worked out.
⁣#freeEC3 pic.twitter.com/pU0omJKUDF

Great chat with @therealec3 tonight in Orlando! Big things coming in the future for this talented brother …. @allelitewrestling

Previous WWE SmackDown Review 4/24 – Likes and Dislikes
Next Big Show on WCW & WWE Debuts, Why He Didn’t Have Entrance Music in WCW, Dungeon of Doom, & More